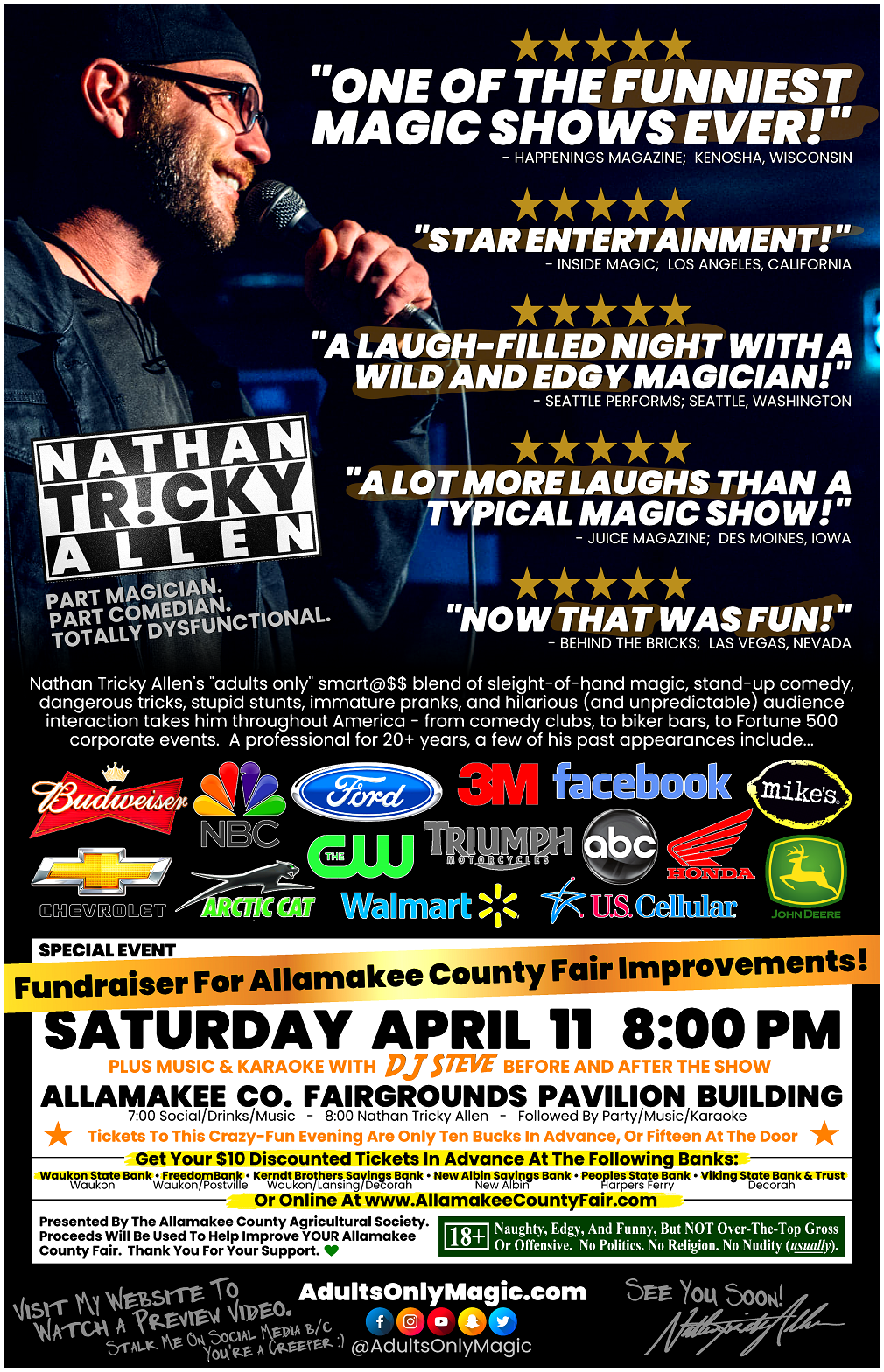 WAUKON, IOWA – Part magician, part comedian, and totally dysfunctional, Nathan Tricky Allen will be bringing his acclaimed “adults only” blend of magic and comedy back to Waukon, for a fundraiser event to help improve the Allamakee County Fair. The event will be held on Saturday, April 11, at the fairgrounds Pavilion building, and the evening will also include music and karaoke with Waukon’s own DJ Steve Hill.