Before the venue had even hung a poster or posted anything about this event on the social medias, almost all of the V.I.P. tickets were sold out for Friday, April 1st. That’s a very good sign. So we’re adding a second night, Saturday, April 2nd! Ticket info below!
-Nathan 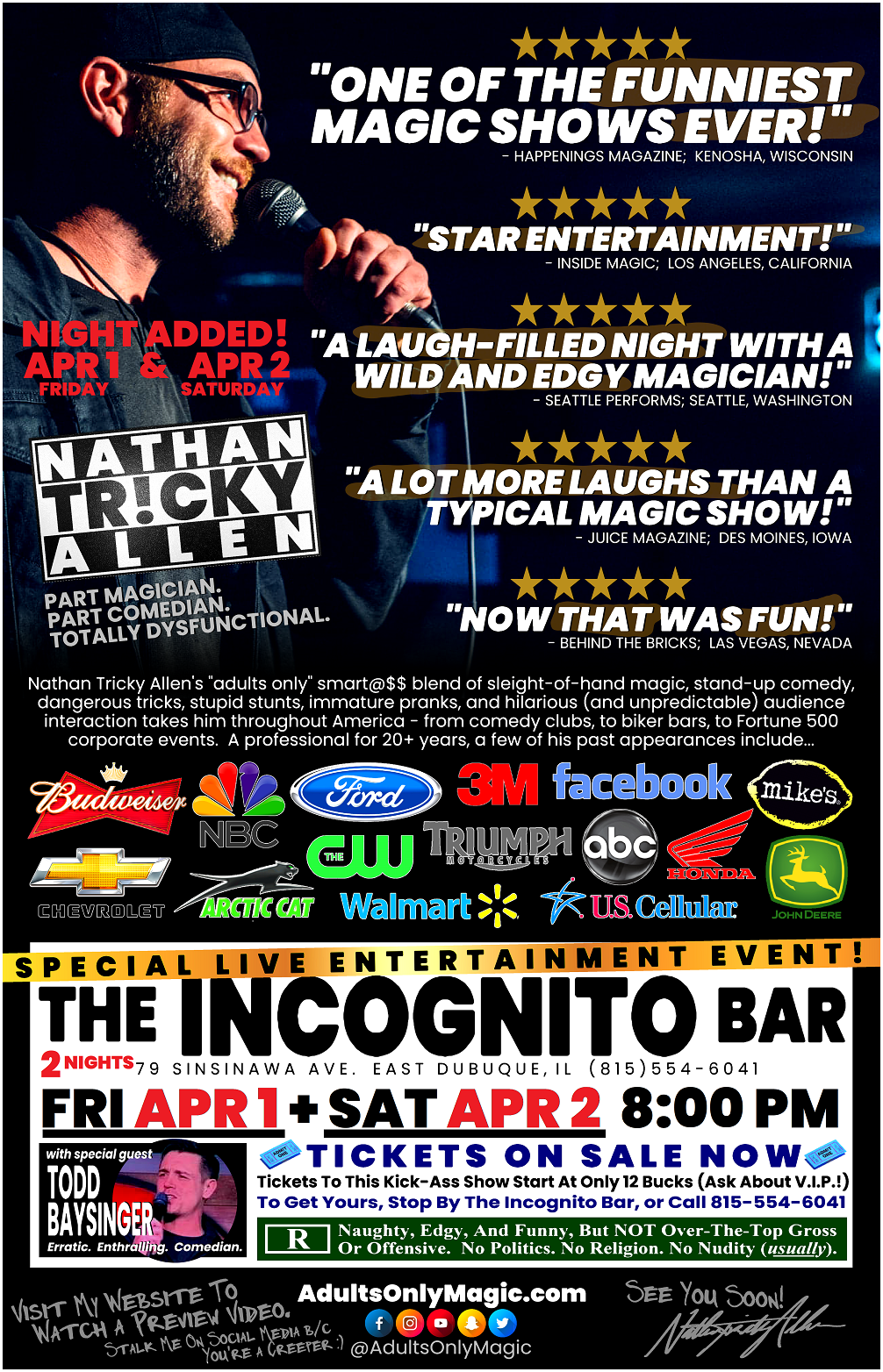 The April 1st and April 2nd performances will begin at 8:00 PM, and will feature local comedian, Todd Baysinger, who has been a staple of the Dubuque comedy community for over 6 years. He has frequently performed at The Diamond Jo Casino and The Comedy Bar as well as venues all throughout the Midwest. Todd’s brand of comedy has been described as both erratic and enthralling.

Immediately following Baysinger will be Nathan’s full hour-long headlining show – the same performance that has been seen at comedy clubs and corporate events nationwide. Tickets to the show start at only $12, and they can be obtained at Incognito Bar in person, or by phone at (815)554-6041 (ask about the V.I.P. ticket option!).