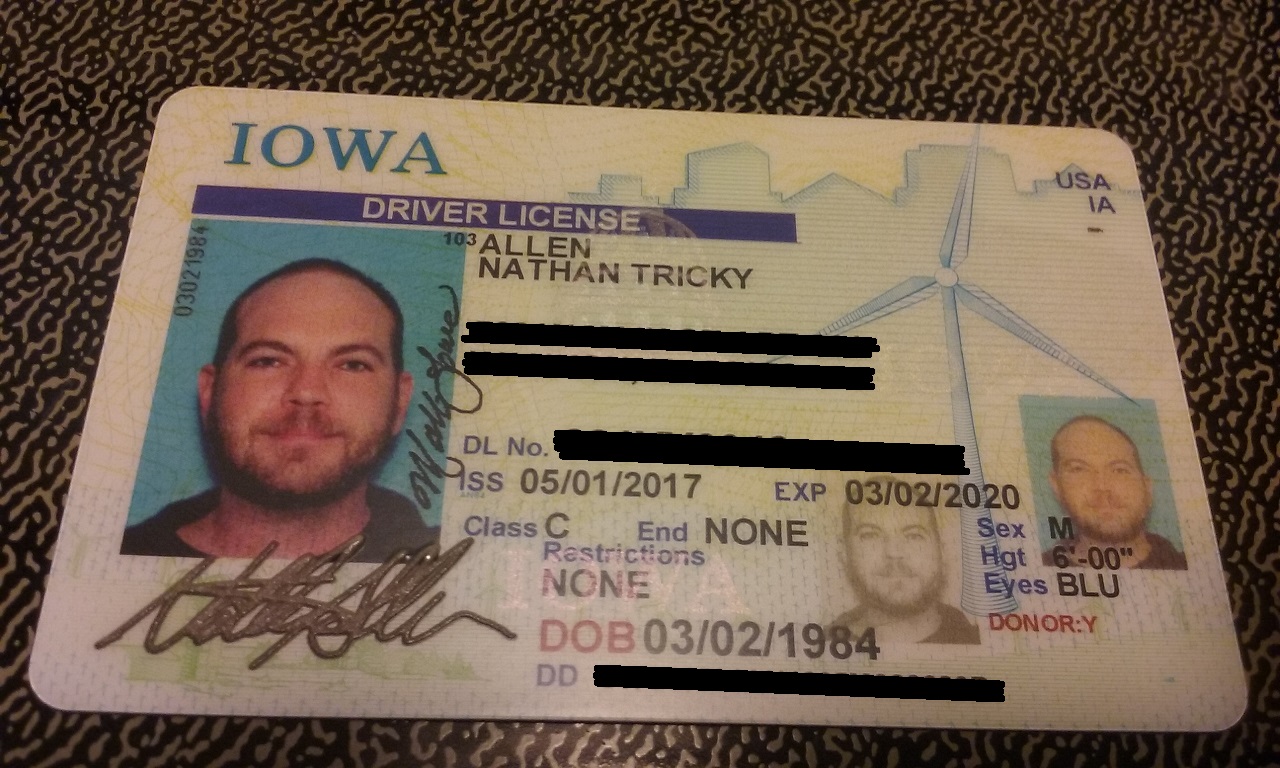 What sets you apart from other magicians?

The unfortunate truth is, when most people hear “magician,” they think “lame,” “boring,” and “cheesy.”  I get it.

This is because many magicians…

Whatever. To each his own.  But I Do Things a Little Differently:

I just wanted to be clear: if you come to my show hoping to see Silly Willy The Birthday Magician, you’re gonna have a bad time, lol.

What is your show all about?
The show is basically part magician, and part comedian. I perform “Comedy Magic,” which combines elements of sleight-of-hand, stage magic, stand-up comedy, and audience participation. Unlike most magicians, my particular show is for adults, because it’s funny and naughty. I’ve been told my show is closer in tone to a comedian than to a magician.
How did you do that?

Exactly how “naughty” is your show? / Can I bring the kids?
Unlike most magicians, I do not do a kid show.

My show is naughty, funny, and geared for adults.  It contains humor, innuendo, language, references, and some dangerous-looking tricks which are not appropriate for the kiddos.  In fact, many of the events and venues I work at have 18+ or 21+ age restrictions.  I’m certainly no “Silly Willy The Birthday Clown.”

But I’m also not some “Filthy McNasty The X-Rated Comedian” either… My show is NOT over-the-top raunchy or obscene;  There is NO nudity, NO explicit or disgusting stories, and NO hate-filled rants about religion, race, politics, gender, or sexual orientation.

Exactly how “edgy” any particular show is depends upon the event and the audience on any given night (I’m usually a bit tamer at a corporate event than at a comedy club, for example), but, in general, my show is NOT for kids for these three reasons:

So… to sum it all up:  No, don’t bring the kiddos.  Book a sitter and come out for a fun night.  Nobody will be traumatized, and you’ll have a great time.  See ya soon!

Can you make someone disappear for me?
Sure.
But do you need it to look like an accident?
Because that’ll cost extra.
So… Are you a magician? Or a comedian?
I like to think of myself as a magician who just happens to be a smart-ass, but after a show recently a guy said I was “75% comedian and 25% magician.” So I could be wrong. Here’s the sad truth: Most comedians don’t claim me because of the magic, and most magicians don’t claim me because of the comedy.
What's up your sleeve?
Nothing. 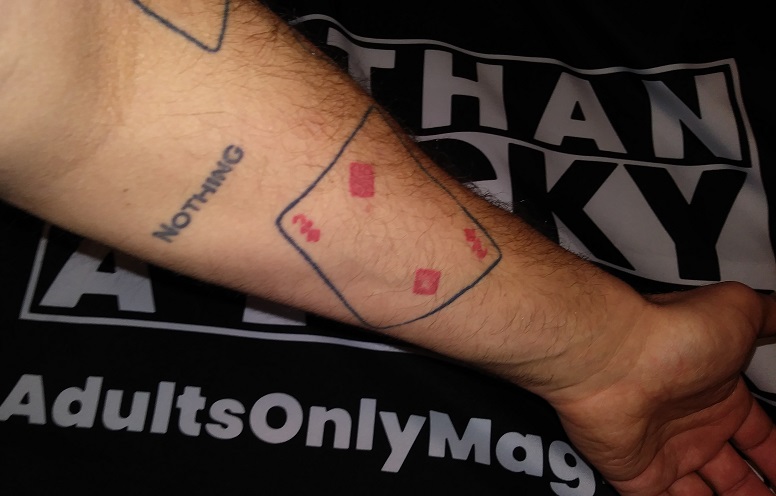 Do you use any audience participation?
Yeah! All throughout the entire show! My comedy-magic show is VERY interactive. People love to see “one of their own” brought onstage to become part of the comedy show. And it’s all in good fun, so grab a seat up front and center!
What size of crowds do you usually entertain?
I’ve performed as a comedy-magician for as few as 8 people, and as many as 1,300 (not including TV appearances and millions of views on YouTube). But *MOST* of my crowds for live shows are typically between about 75 and 200 people, which is the perfect size group for my hybrid stand-up comedy / magic show.
For what type of events do you perform?
I’ve provided entertainment for… Banquet Events, Bars, Beer Gardens, Casinos, Christmas Parties, Colleges, Comedy Clubs, Comedy Nights, Company Events, Company Parties, Conventions, Corporate Events, Corporate Parties, Country Clubs, Festivals, Fraternal Organizations, Fundraisers, Golf Courses, Halloween Parties, Holiday Parties, Motorcycle/Biker Rallies, New Year’s Eve Parties, Nightclubs, Office Parties, Private Parties, Public Events, Pubs, Resorts, Taverns, Theaters, etc. Pretty much any place where adults are free to have fun.
How long is your show?
The exact duration of the show depends on the particular event for which I’ve been hired to perform, but most of my performances are a solid hour, give or take a few minutes (the exact duration always varies a bit because I use so much audience participation).
Hey, can you pull a quarter out of my kid's ear?
Call. The. Doctor.
Where are you from, and how far do you travel? 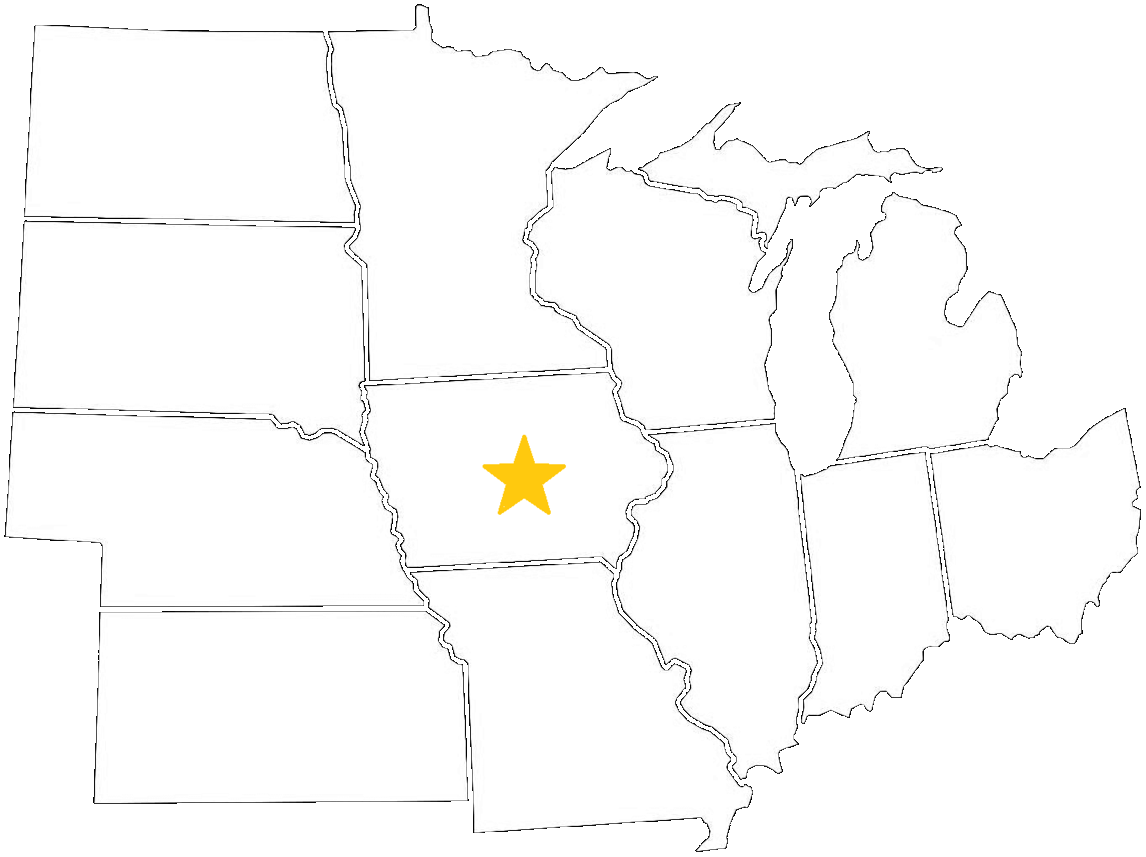 Although I travel and entertain throughout America, I’m based out of Iowa, and most of my gigs are right here in the Midwest – Iowa, Illinois, Missouri, Nebraska, South Dakota, Minnesota, and Wisconsin… but in the past several years, I’ve also started to go nationwide, which is fun. And I enjoy traveling, so don’t hesitate to say hello if you’d like to fly me out to Las Vegas or Los Angeles to entertain. Especially during the winter months. Goddamn I hate snow.
How much will it cost to book you for my event?

Because so many varying factors are involved in what I do (travel requirements, technical production, audience size, content customization), it’s impossible for me to provide a “one size fits all” price.  The exact fee for my show mostly depends on location and routing (if your event is held on a date and in a city that’s on the way to or from other gigs, the expenses will obviously be much lower than if your event requires dedicated ten-hour drives each way, the day before and after, or if there will be airfare and I have to hire sound & lights locally, etc.). I’m definitely not the cheapest, but if you’re looking for a comedy-magician who can really get the job done and blow away an adult audience, go ahead and contact me about your event now.