Live at the Kenosha Comedy Club on April 9 + 10th! 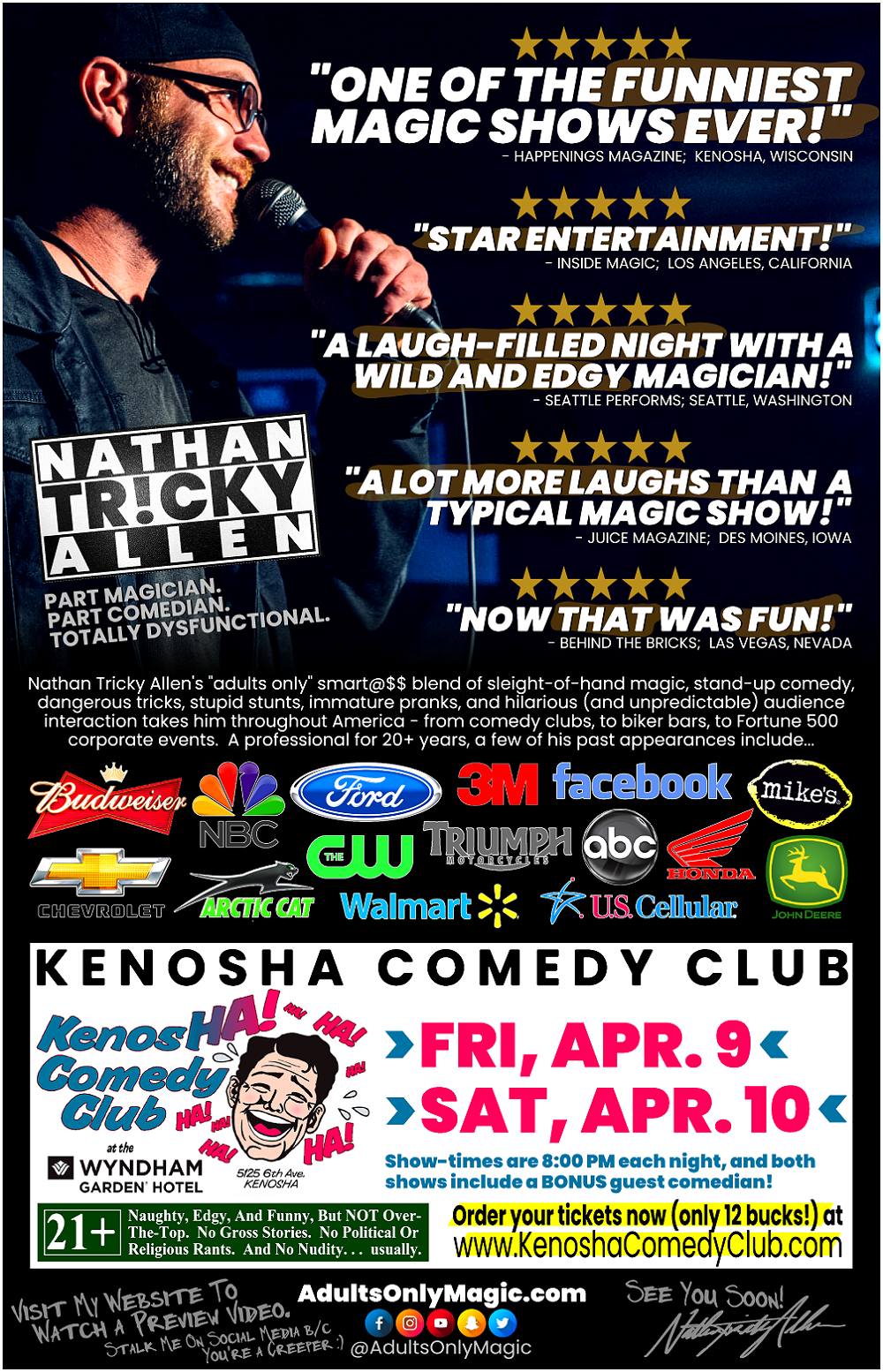 KENOSHA, WISCONSIN – Part magician, part comedian, and totally dysfunctional, Nathan Tricky Allen will be bringing his acclaimed “adults only” blend of magic and comedy to Kenosha. Nathan will be making a stop at the Kenosha Comedy Club (in the Wyndham Garden Hotel) on Friday, April 9th, and Saturday, April 10th.

Allen’s appearances on April 9th and 10th will also include a special guest comedian at each show. Showtimes are 8:00 PM each night.

With your safety in mind, the Comedy Club has been moved to the large ballroom (right across the lobby from the original room, in the same hotel) to achieve social distancing. Masks may be removed once you’ve been seated at your table.  The show does use audience participation, but participation is voluntary and at the discretion of each volunteer.