Live at the Crankshaft in Moville IA – Saturday, May 1st 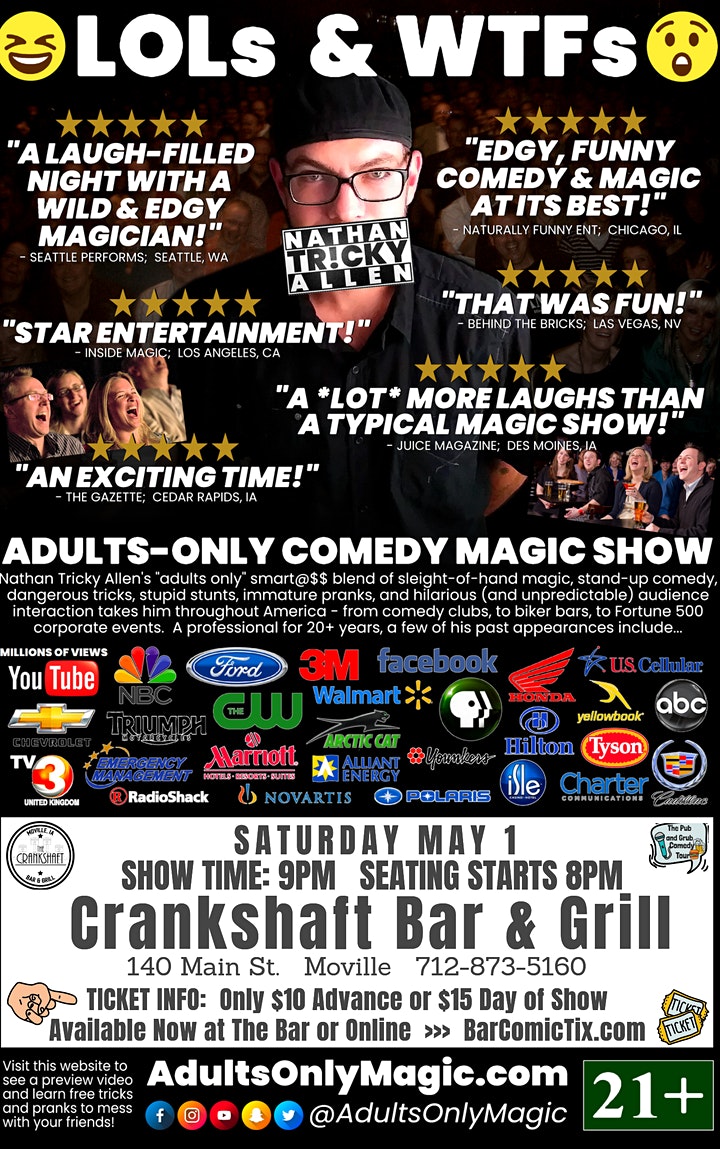