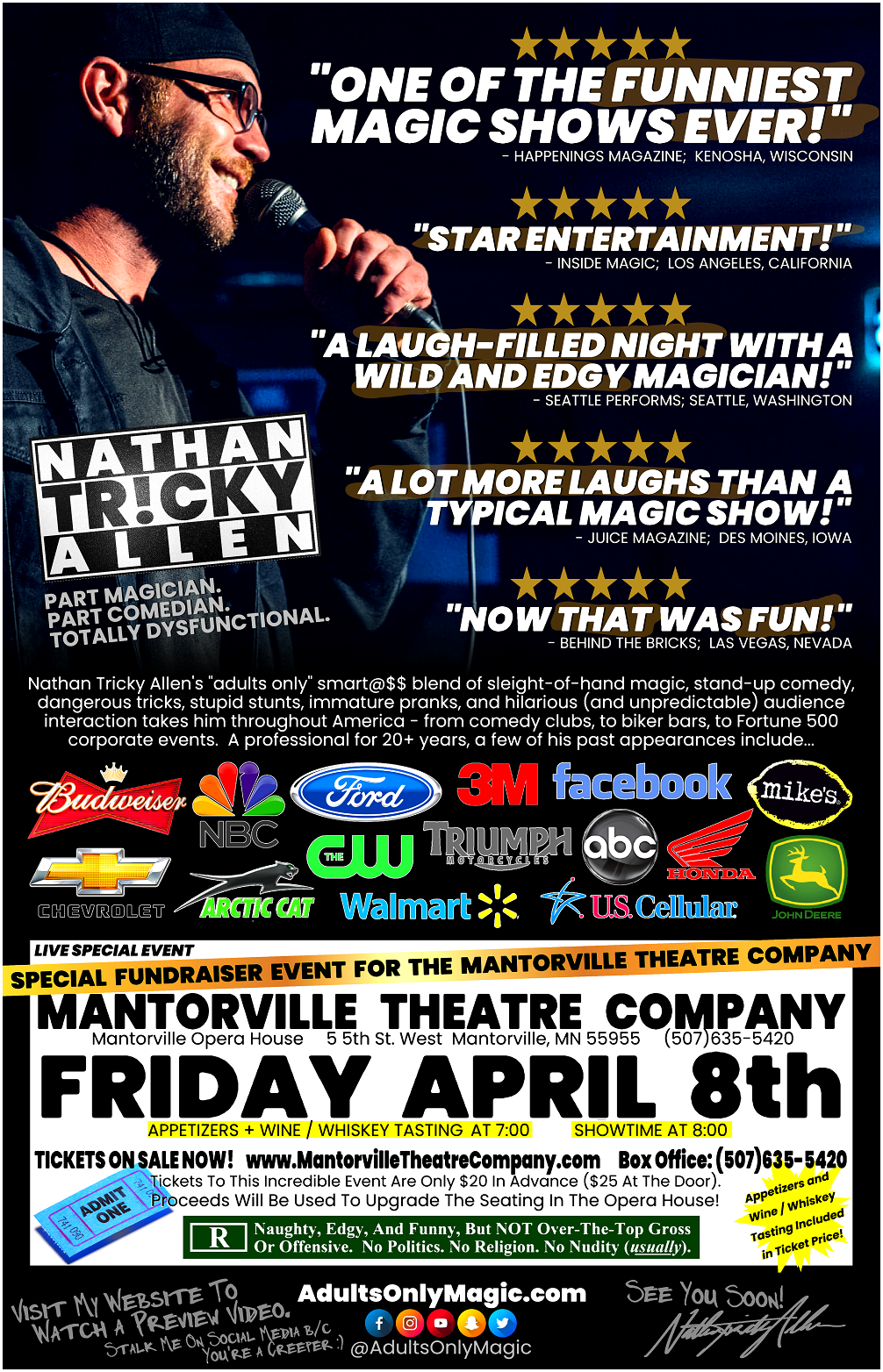 MANTORVILLE, MINNESOTA – Part magician, part comedian, and totally dysfunctional, Nathan Tricky Allen will be bringing his acclaimed “adults only” blend of magic and comedy to the Mantorville Opera House on Friday, April 8th.

Proceeds will be used to help the Mantorville Theatre Company upgrade the audience seating in the opera house. In addition to the performance (which starts at 8:00 PM), the event also includes appetizers, and a Wine + Whiskey Tasting (starting at 7:00 PM).

Tickets to the event can be purchased at the link below, or by calling the theatre box office at 507-635-5420.