Live at Whiskey Springs in Hamburg IA – Mon, May 17th 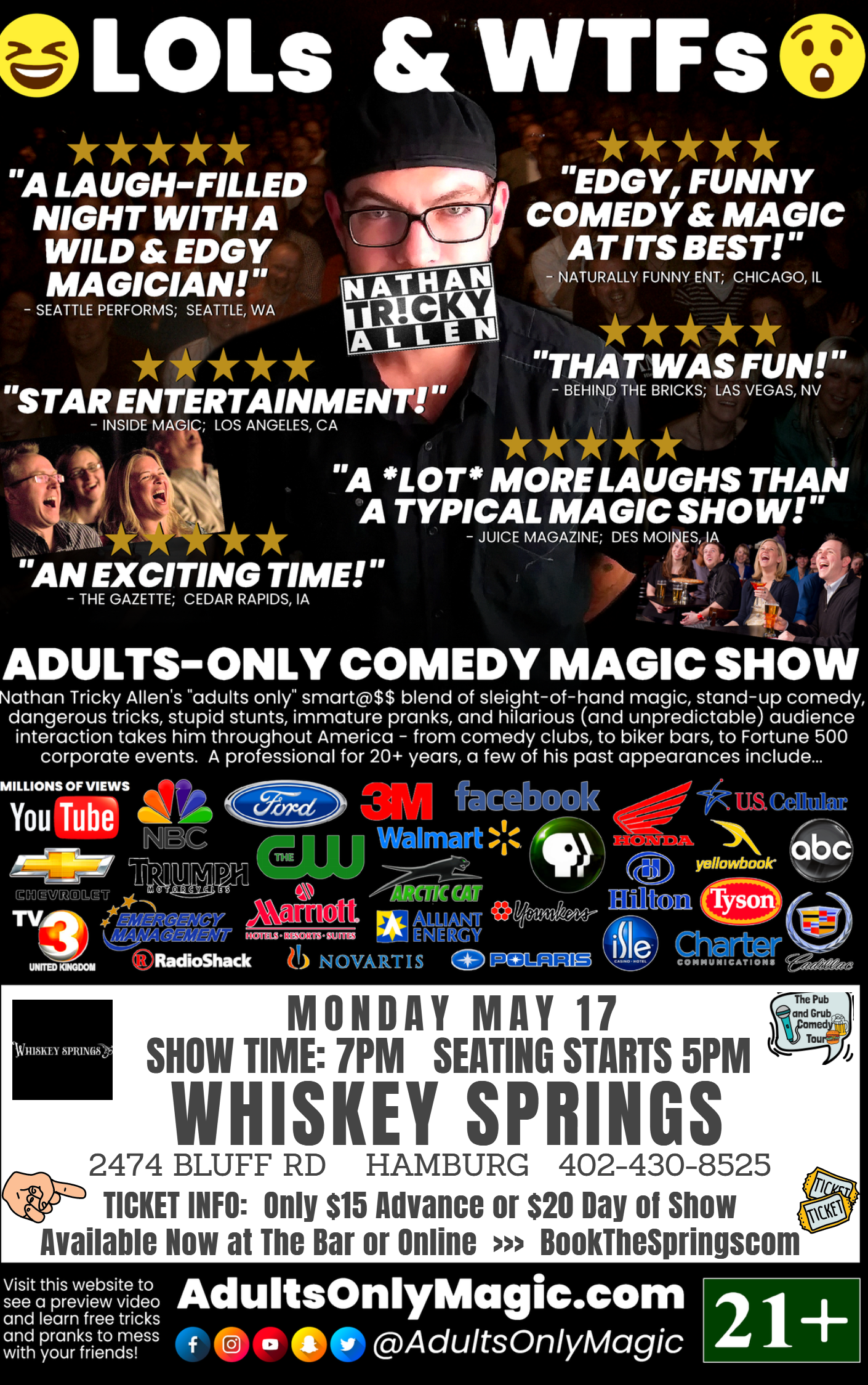 Allen’s appearance on May 17th will also include comedian Heather Jones. Showtime is 7:00 PM, with seating beginning at 5:00 PM.