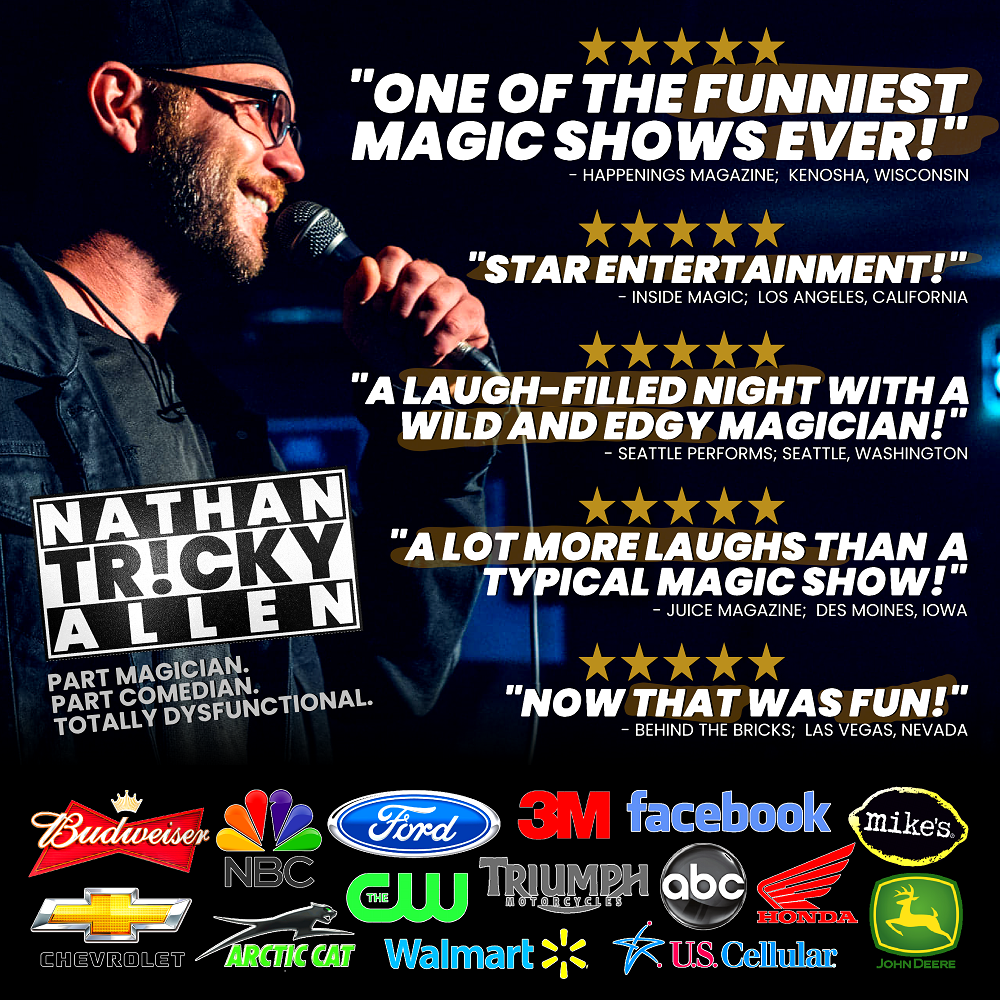 For more information about Nathan’s show, visit http://www.AdultsOnlyMagic.com, and to inquire about purchasing tickets, call Globe Lanes at 920-994-4822.