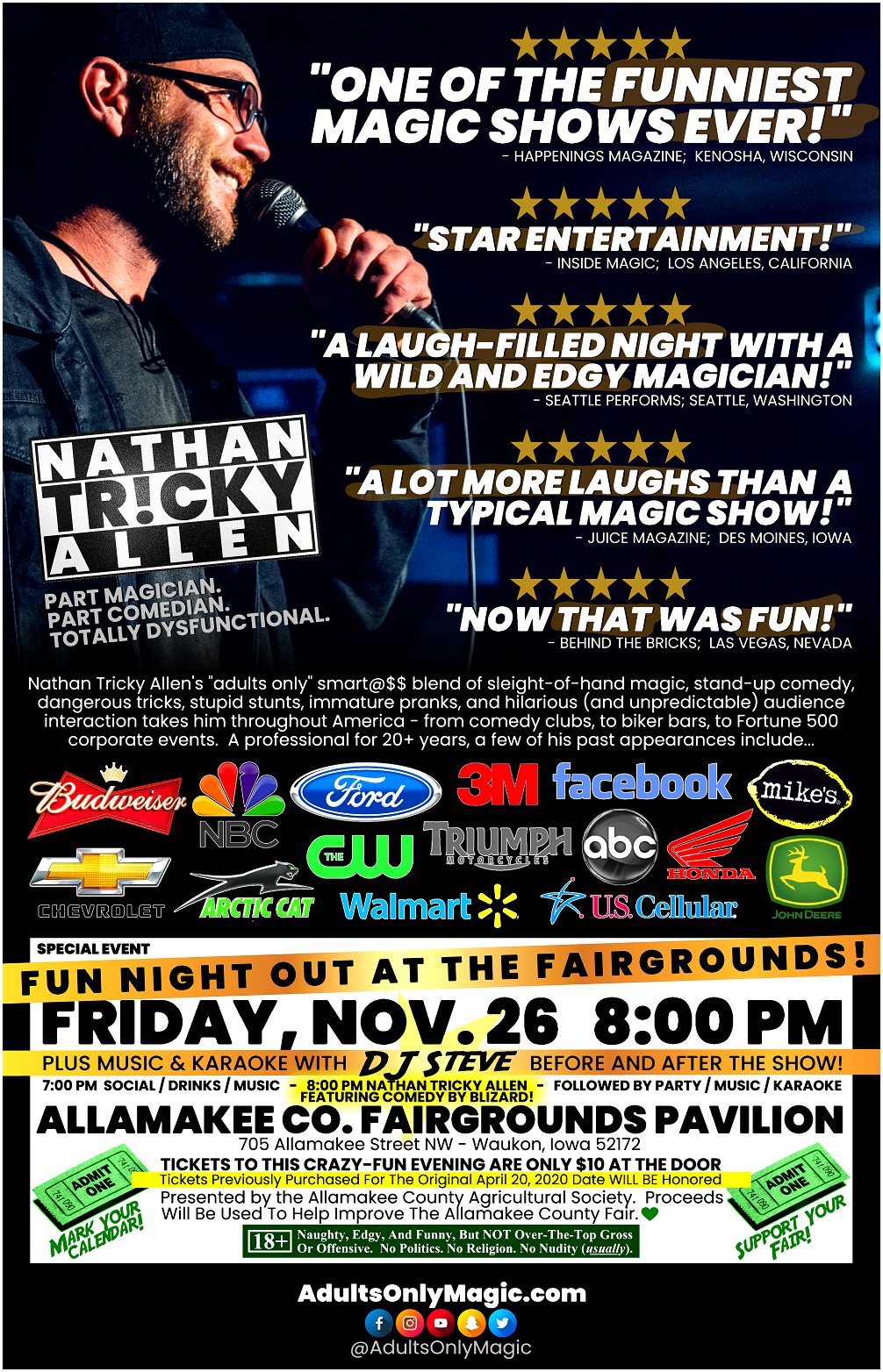 WAUKON, IOWA – Part magician, part comedian, and totally dysfunctional, Nathan Tricky Allen will be bringing his acclaimed “adults only” blend of magic and comedy back to Waukon, for a fun night out at the Allamakee County Fairgrounds. The event will be held on Friday, November 26, at the fairgrounds Pavilion building. The show will feature comedy by Waukon’s own Alyssa Blizard, and the evening will also include music and karaoke with Allamakee County favorite, DJ Steve Hill.

The Nov. 26 event at the fairgrounds will begin with socializing, beverages, and music at 7pm, with opening act Blizard taking the stage at 8:00, followed by Allen’s full headlining show (the same hour-long show seen at comedy clubs and corporate events nationwide), and then the after-party of karaoke and music with DJ Steve.

Tickets for the event are only $10 at the door, and proceeds will be used for Allamakee County Fair improvements.

NOTE: This event was originally scheduled for April 11, 2020. Obviously, that date had to be postponed, but tickets that were originally purchased for the 2020 date WILL BE honored for November 26th.