Live in Ankeny at the TrailSide Tap on Wednesday, July 7

Hilarious “Adults Only” Magic Show Coming To The TrailSide Tap in Ankeny, Iowa 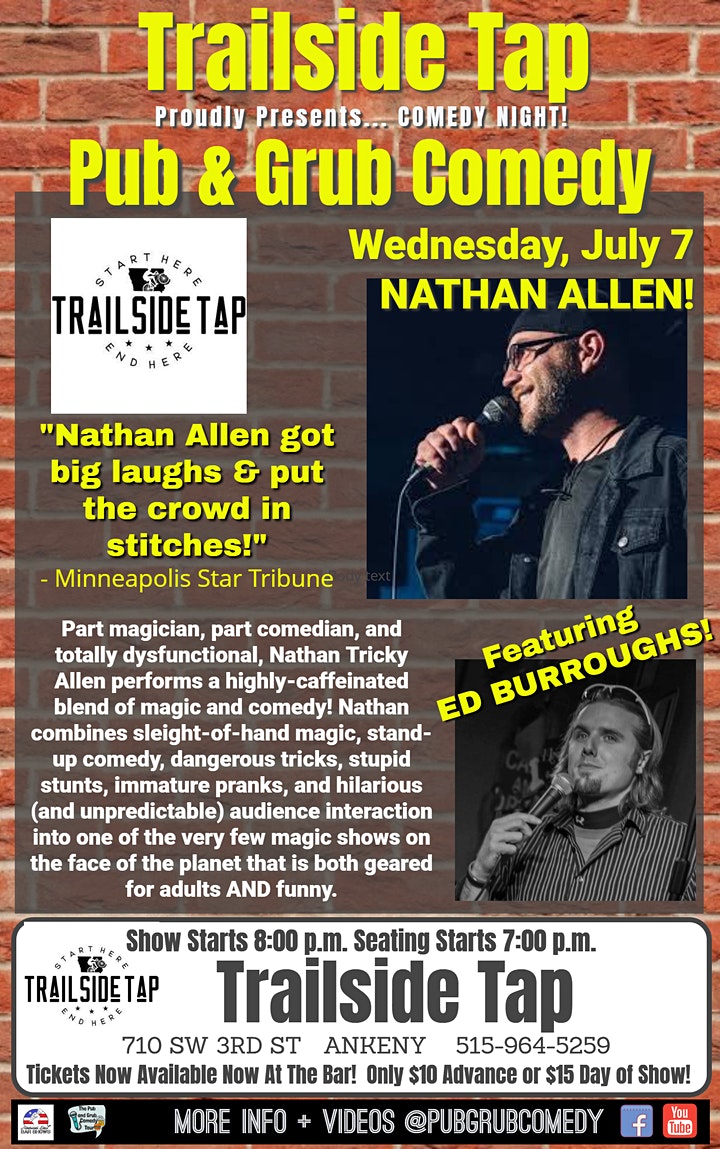 ANKENY, IOWA – Part magician, part comedian, and totally dysfunctional, Nathan Tricky Allen will be bringing his acclaimed “adults only” blend of magic and comedy to the TrailSide Tap (710 SW 3rd St., Ankeny, IA) on Wednesday, July 7th, as part of The Pub & Grub Comedy Tour, along with comedian Ed Burroughs!