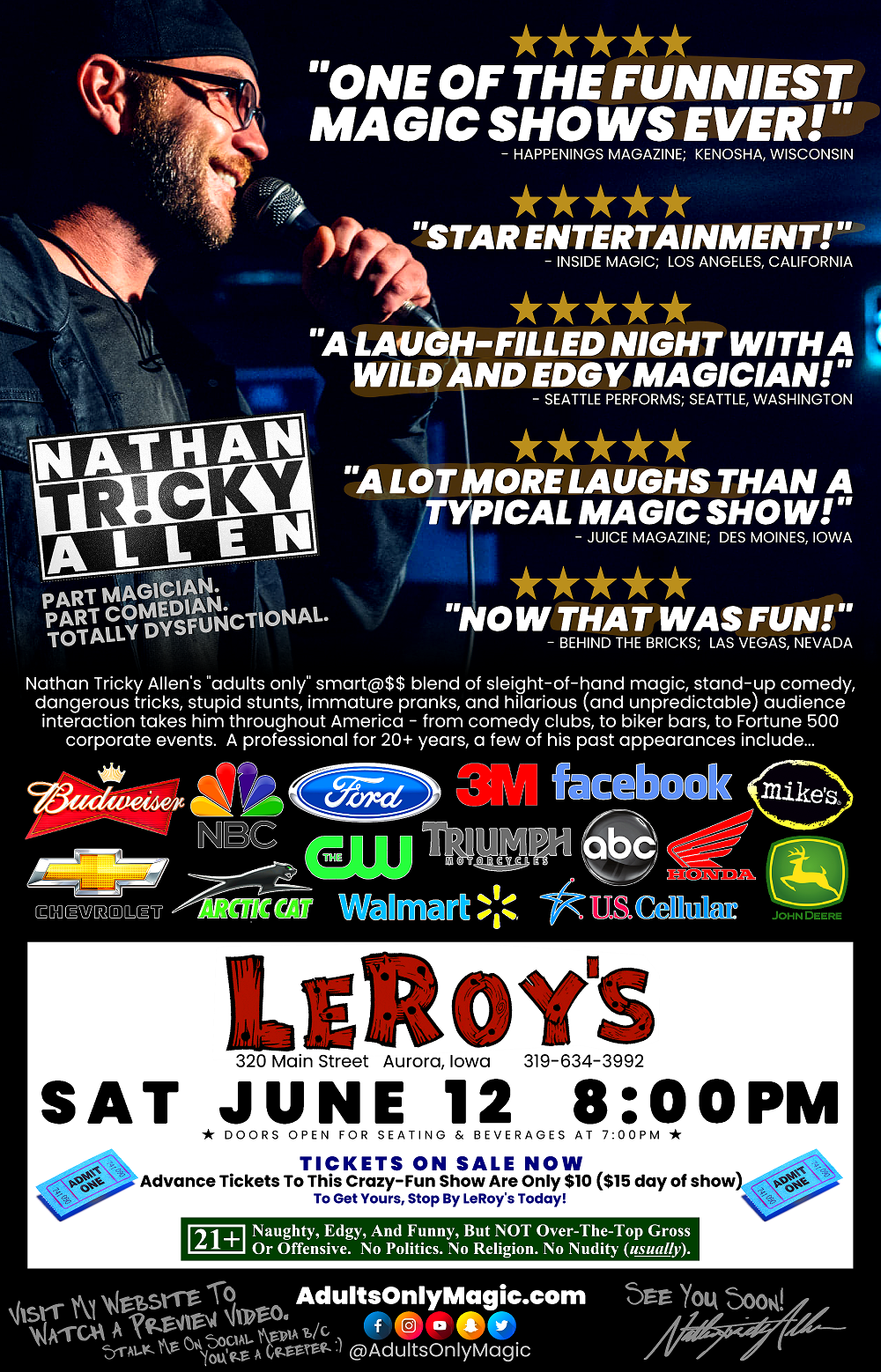 AURORA, IOWA – Part magician, part comedian, and totally dysfunctional, Nathan Tricky Allen will be bringing his acclaimed “adults only” blend of magic and comedy to LeRoy’s in Aurora IA on Saturday, June 12th.

To get your tickets, stop by LeRoy’s today.