Hilarious “Adults Only” Magic Show Coming To THE LINER TAVERN In Cadott, Wisconsin 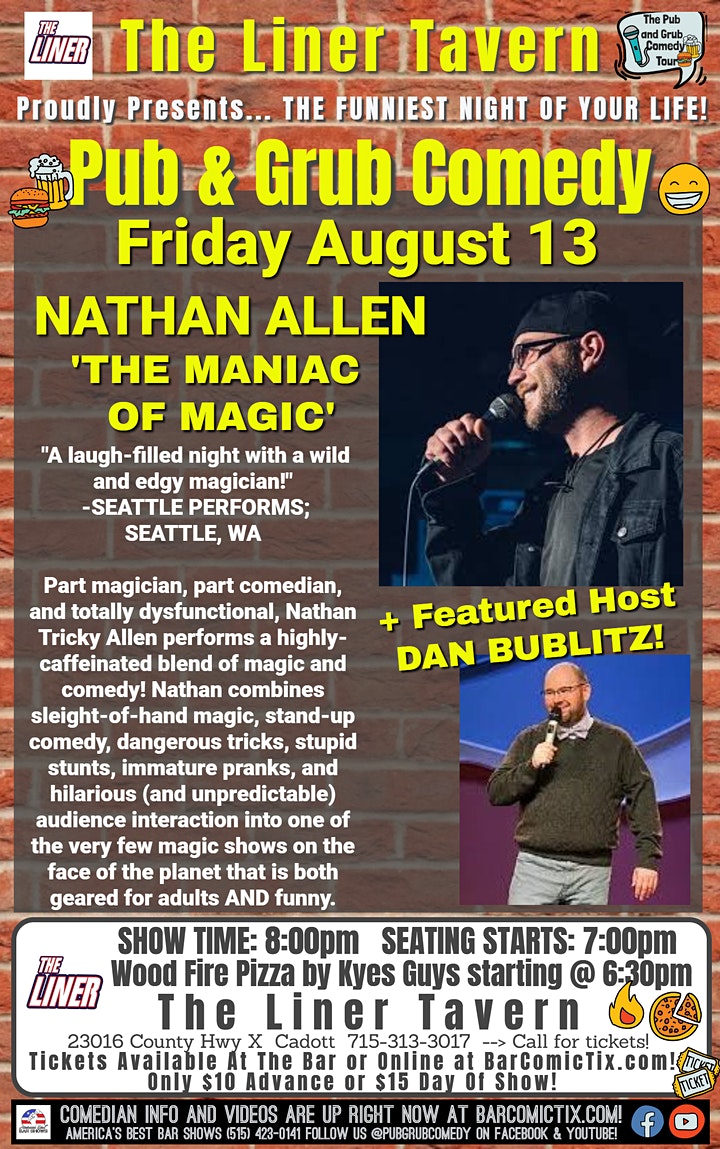 CADOTT, WISCONSIN – Part magician, part comedian, and totally dysfunctional, Nathan Tricky Allen will be bringing his acclaimed “adults only” blend of magic and comedy to Cadott. Nathan will be making a stop at THE LINER TAVERN (23016 County Hwy X, Cadott, WI 54727) on Friday, August 13th.