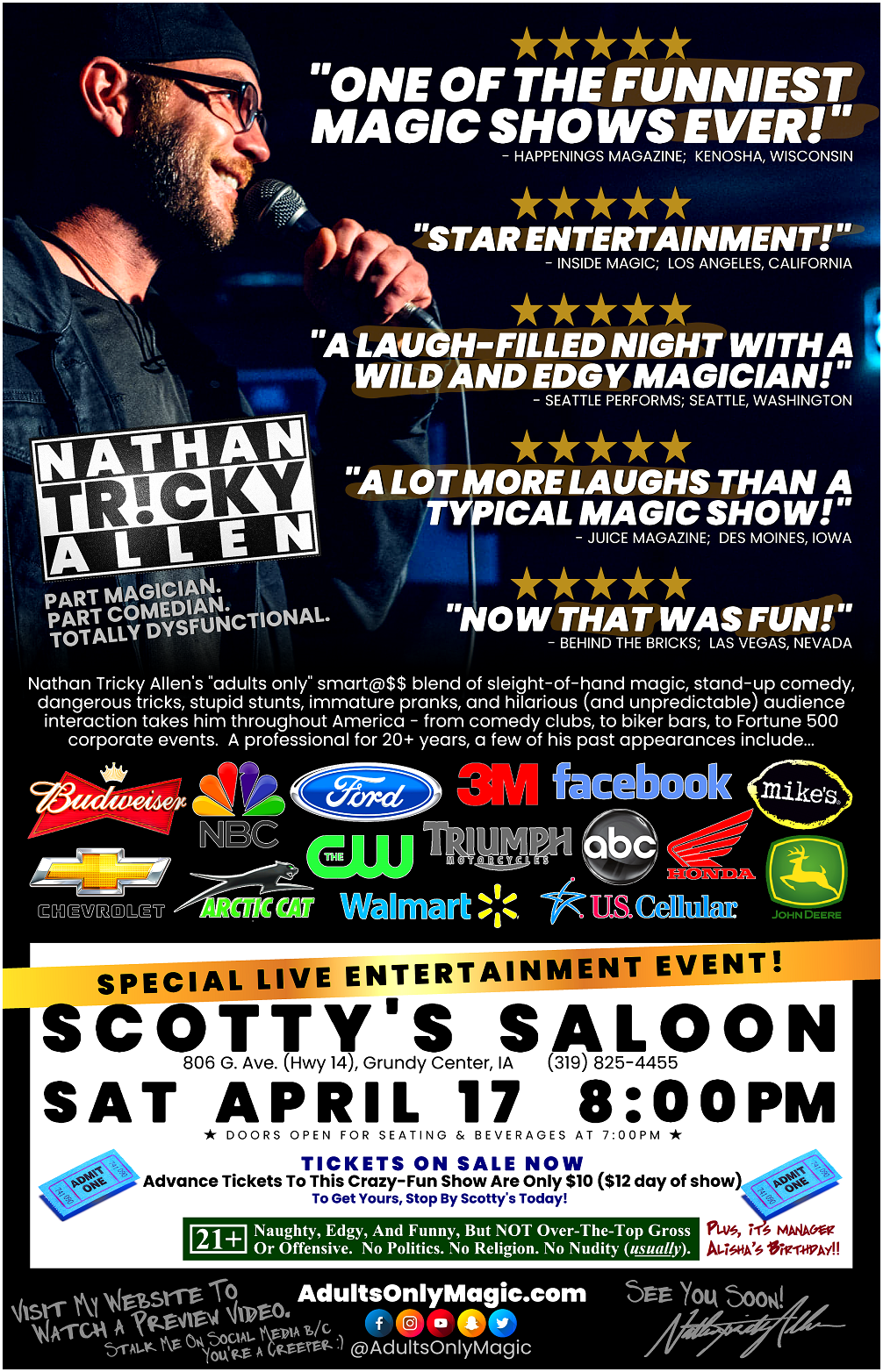 🎟️ Stop By Scotty’s To Get Your Advance Tickets Today 🎟️

🎟️ Stop By Scotty’s To Get Your Advance Tickets Today 🎟️