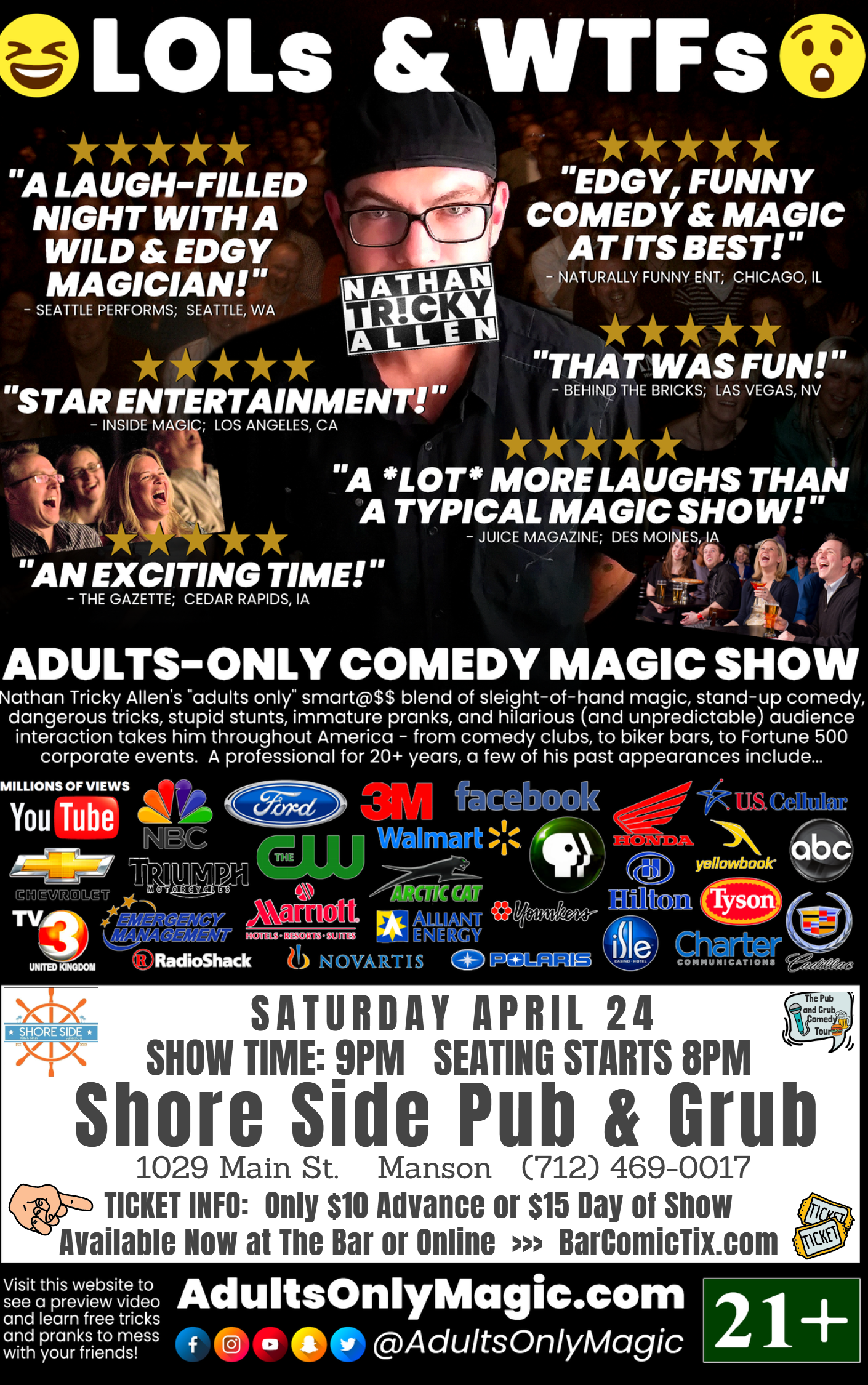 Allen’s appearances on April 24th will also include a special guest comedian, Tyler Walsh. With a dip in his lip and a glint in his eye, Tyler Walsh has quickly emerged as a unique, singular comedic voice in the Midwest and beyond.