Live at The Avenue in Marinette Wisconsin on Saturday May 16th 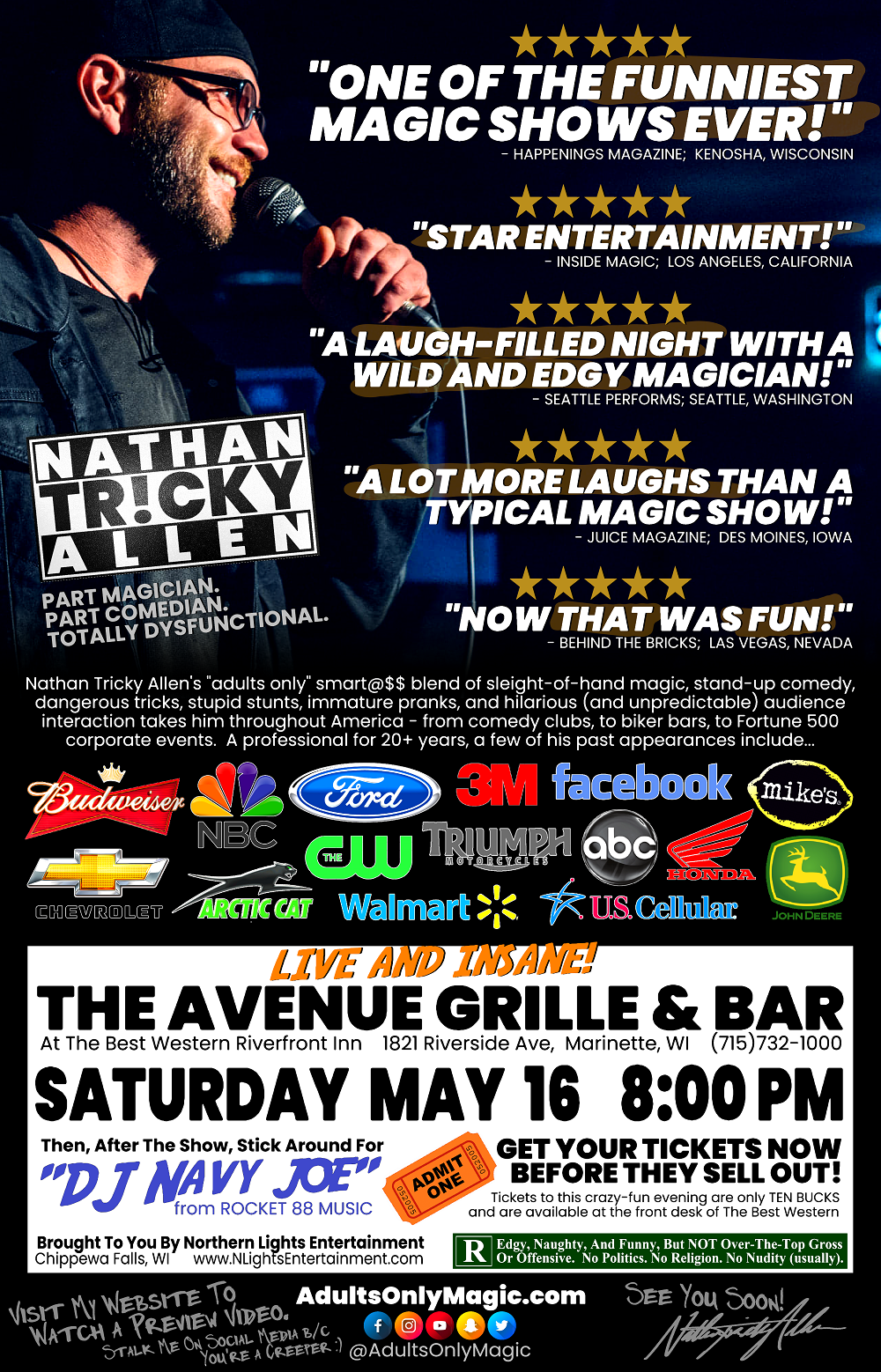