Live in Warren IL at Chubz on Saturday April 25th 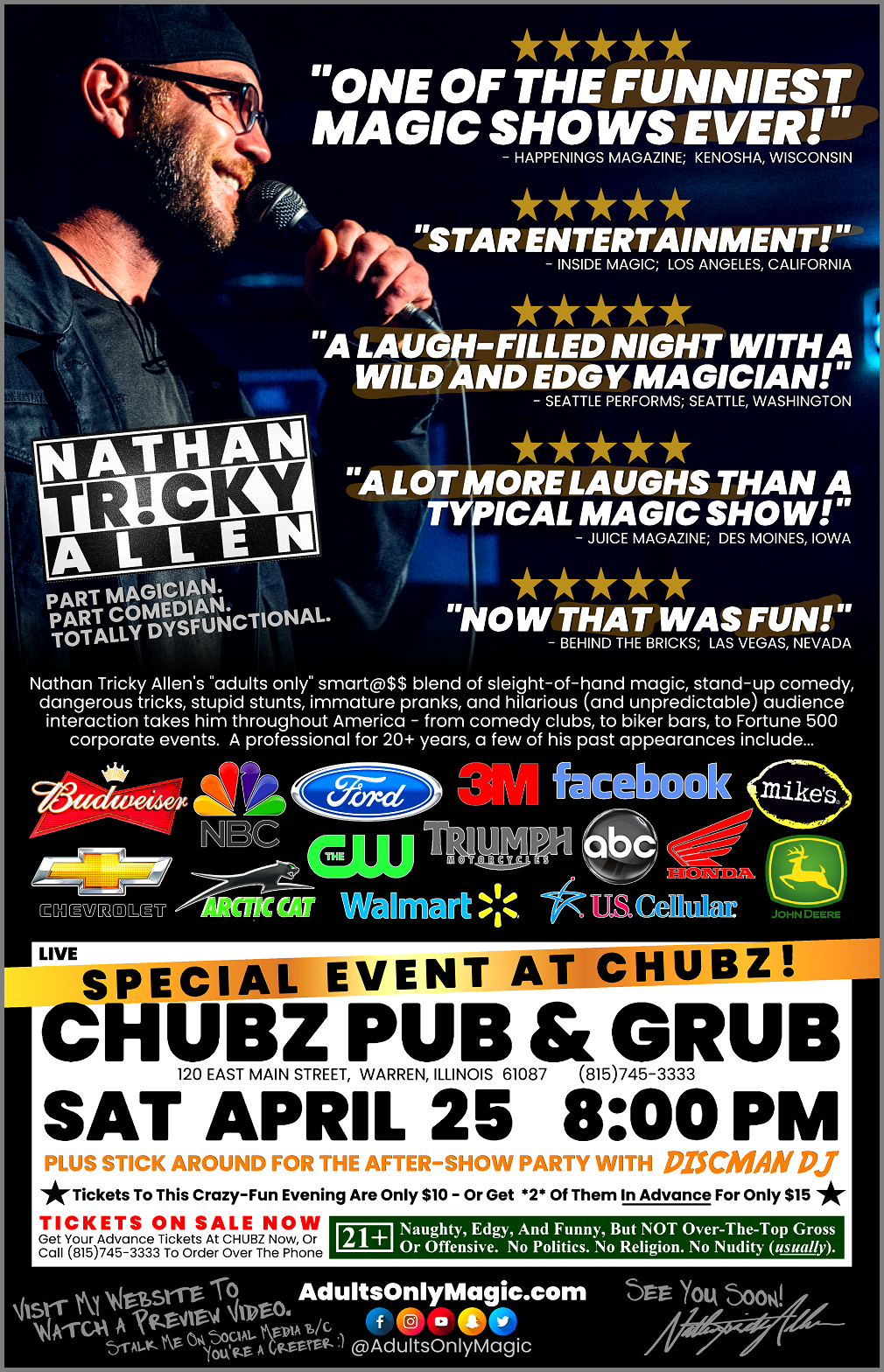