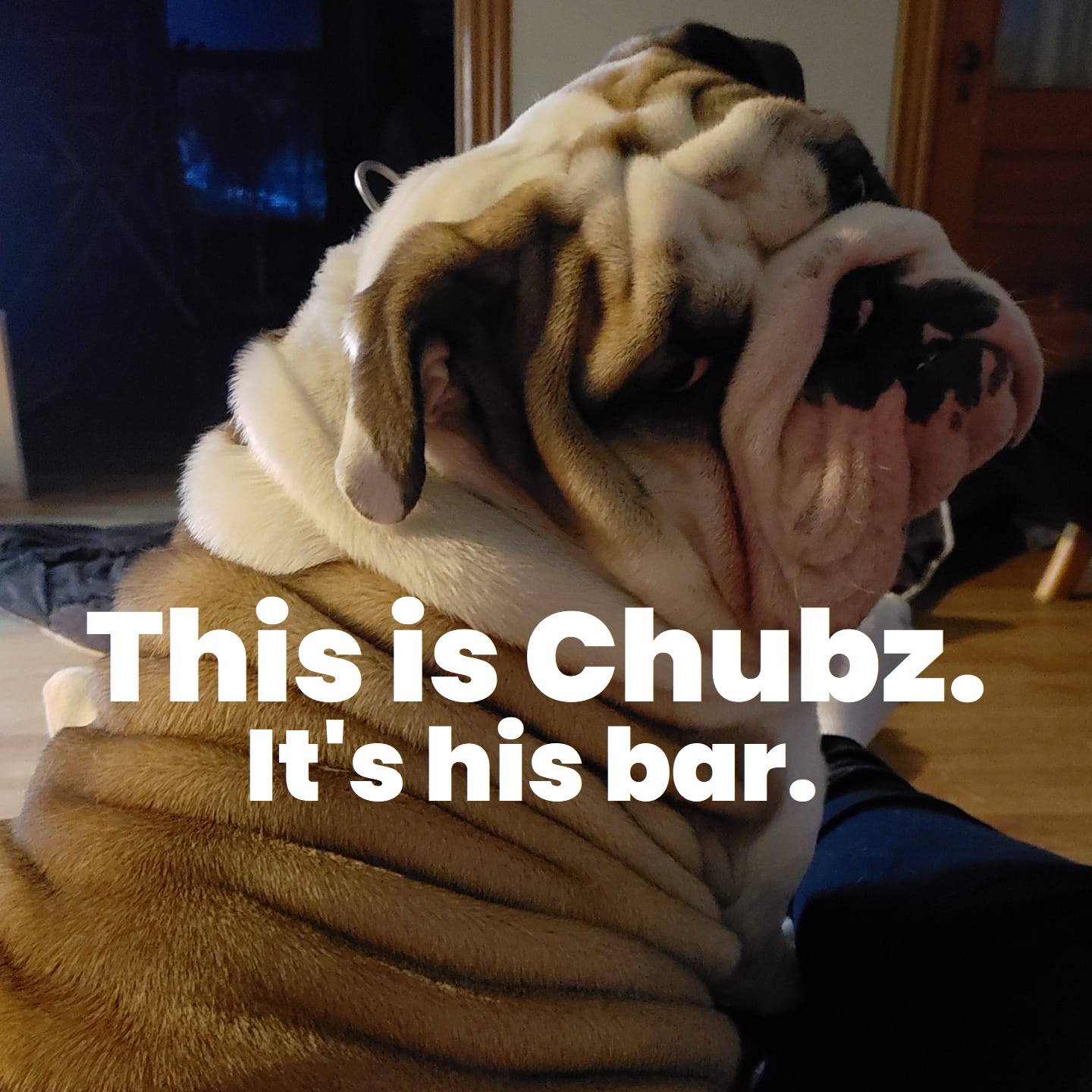 WARREN, ILLINOIS – Part magician, part comedian, and totally dysfunctional, Nathan Tricky Allen will be bringing his acclaimed “adults only” blend of magic and comedy to Warren. Nathan will be making a stop at Chubz Pub & Grub on Friday, October 22nd. 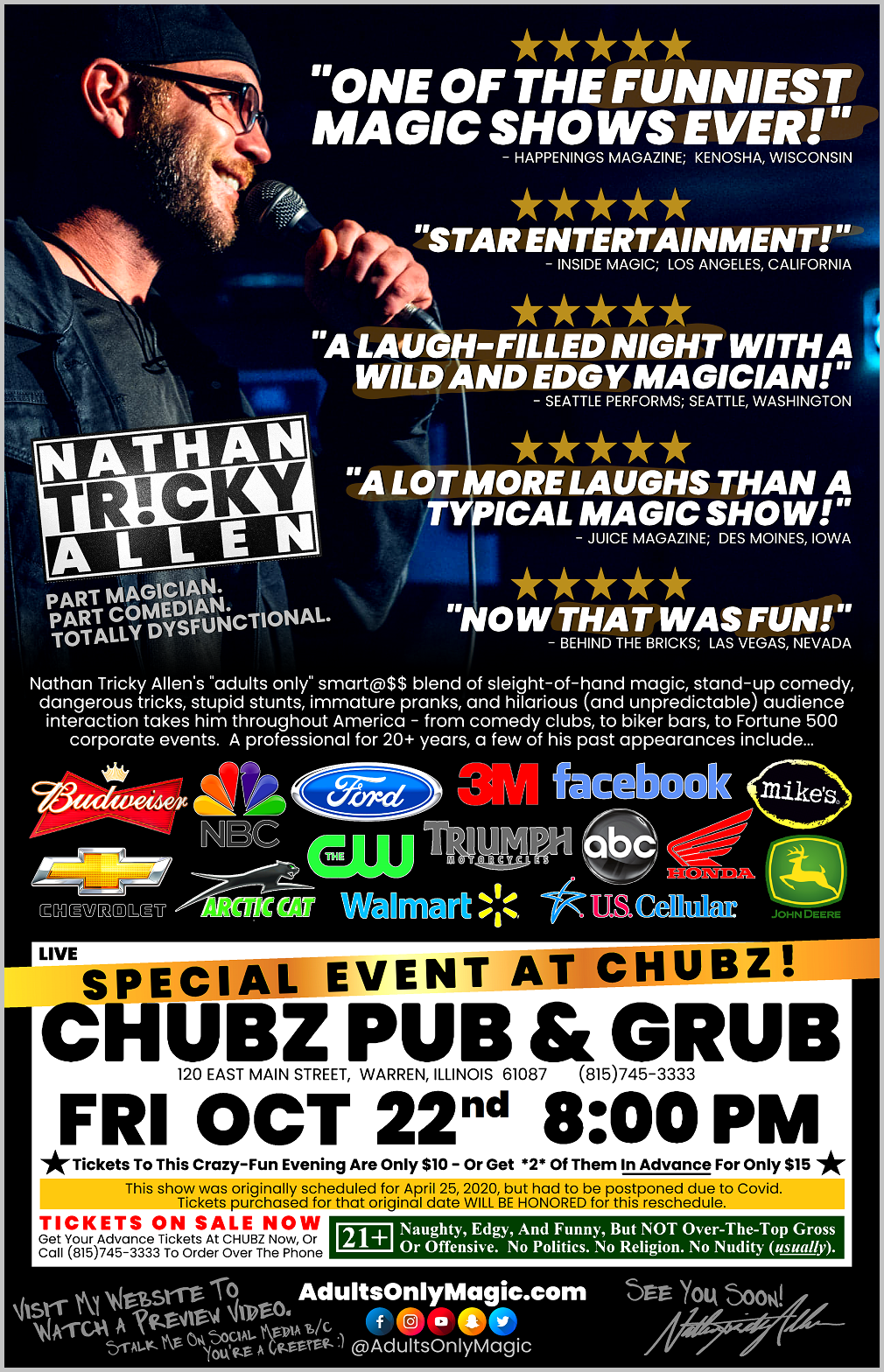 Tickets to the October 22nd performance are only ten dollars, or (2) for fifteen in advance. Advance tickets can be purchased at Chubz in person, or over the phone with a credit card by calling 815-745-3333.

**This event was rescheduled from April 2020, when Covid restrictions forced cancellation. Those tickets purchased for the original date WILL BE HONORED for this new date.**