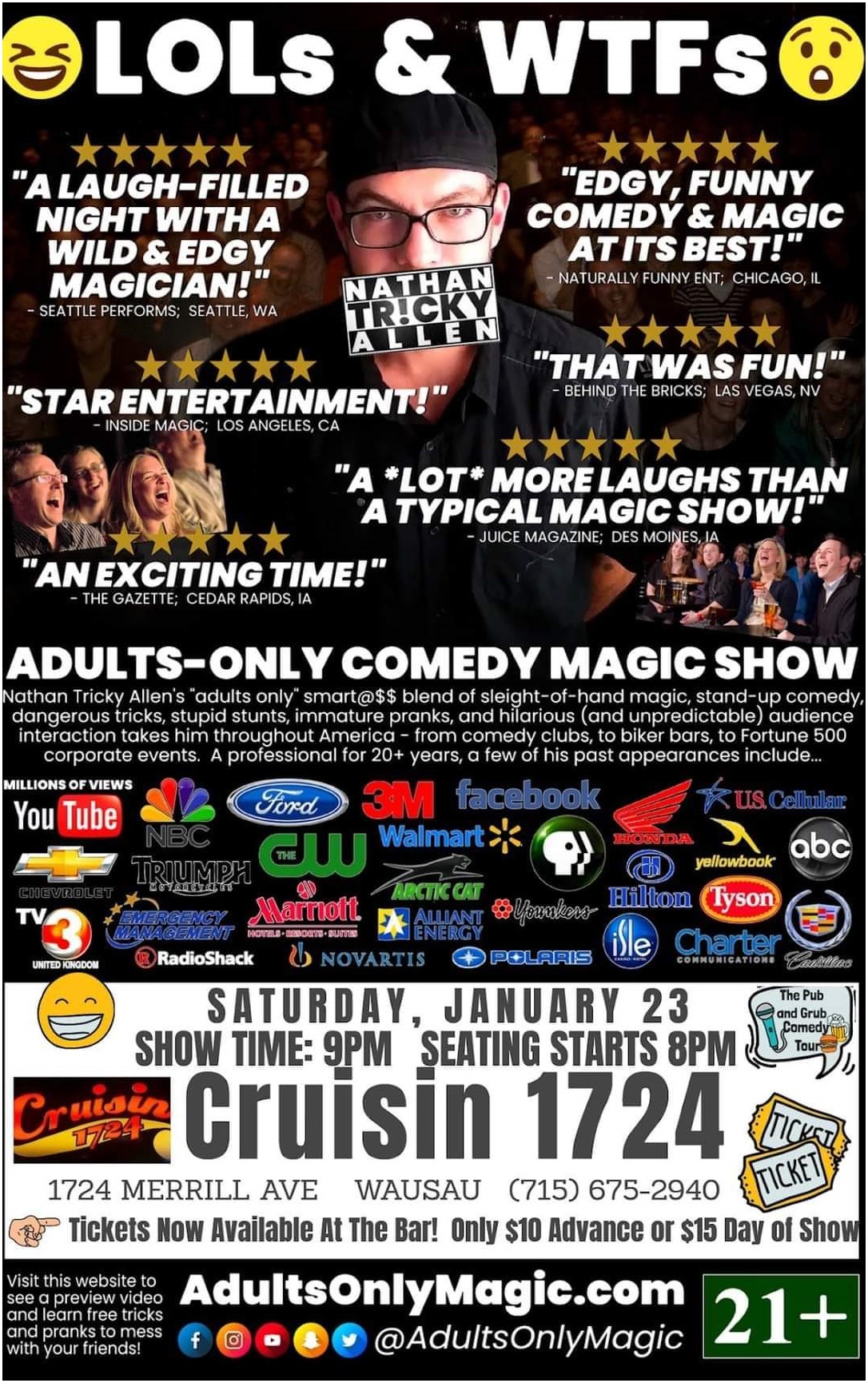 WAUSAU, WISCONSIN – Part magician, part comedian, and totally dysfunctional, Nathan Tricky Allen will be bringing his acclaimed “adults only” blend of magic and comedy to Wausau, Wisconsin. Nathan will be making a stop at Cruisin 1724 (1724 Merrill Ave) on Saturday, January 23rd.  Show-time is 9:00 PM.

For more information about Nathan’s show, visit http://www.AdultsOnlyMagic.com, and to inquire about purchasing tickets, stop by Cruisin 1724 or call 715-675-2940.