Party For a Cause in Rockwell City, Iowa, on Friday, June 3rd!

Hilarious “Adults Only” Magic Show – And Live Music – Coming To Rockwell City To Raise Funds for a Cause! 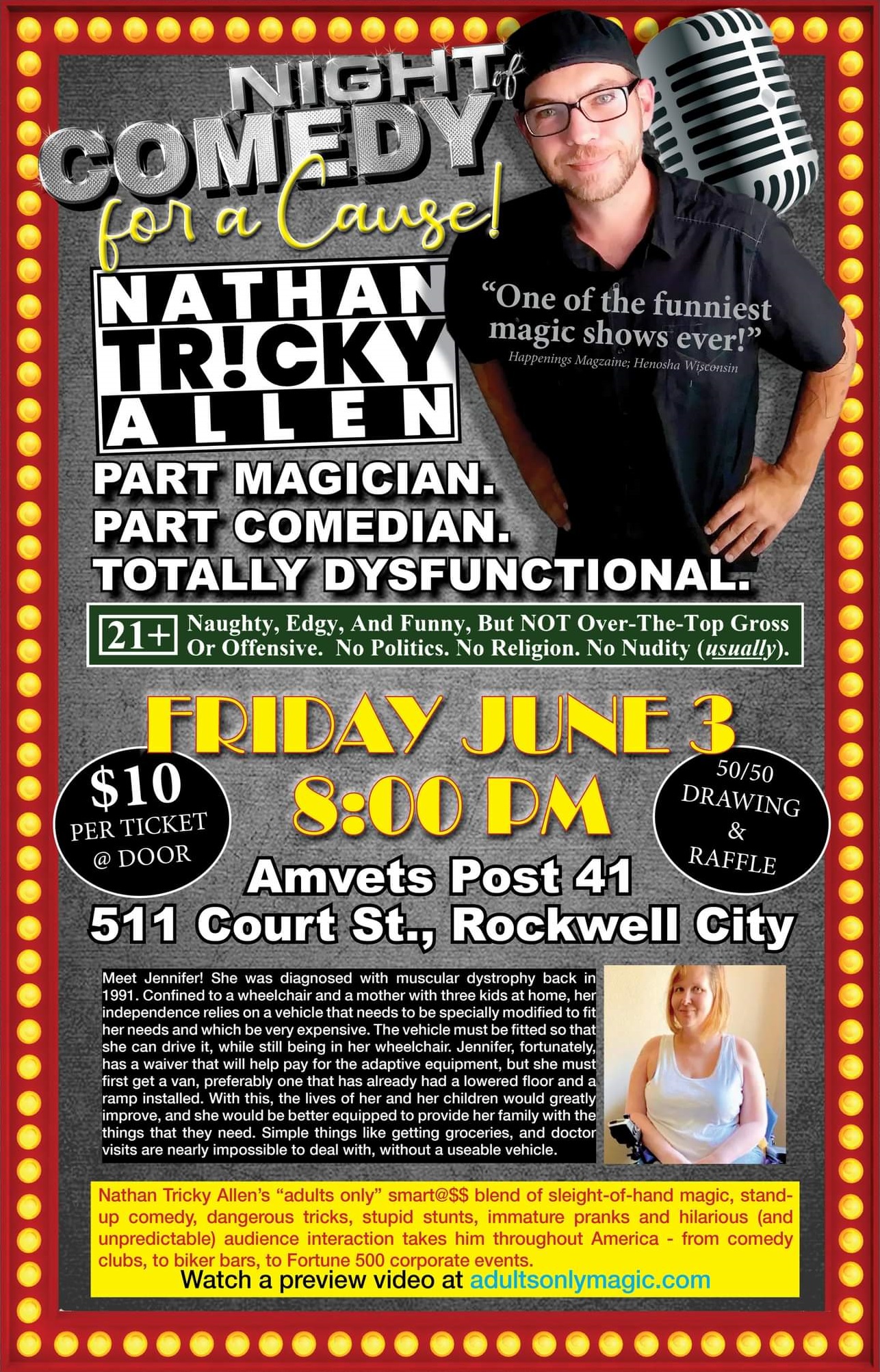 Jennifer Ullrick (of Rockwell City) was diagnosed with muscular dystrophy in 1991. Confined to a wheelchair, and a mother with three kids at home, her independence relies on a vehicle that needs to be specially modified to fit her needs and which can be very expensive. The vehicle must be fitted so that she can drive it, while still being in her wheelchair. Jennifer, fortunately, has a waiver that will help pay for the adaptive equipment, but she must first get a van, preferably one that already has a lowered floor and a ramp installed. With this, the lives of her children would greatly improve, and she would be better equipped to provide her family with the things they need. Simple things like getting groceries, and doctor visits, are nearly impossible to deal with, without a useable vehicle.

She’s already saved a lot for this purchase, and she should get to her goal, with this one-night-only entertainment event, which will be taking place on Friday, June 3rd, at the Amvets Post 41 in Rockwell City, Iowa.

The main show, which begins at 8:00PM, is Nathan Tricky Allen, who combines sleight-of-hand magic, stand-up comedy, dangerous tricks, stupid stunts, immature pranks, and hilarious (and unpredictable) audience interaction into one of the very few magic shows in the entire country that is both geared for adults AND funny.

Following the comedy-magic show, will be live music by Riddled With Class.