Returning to the Kenosha Comedy Club, Friday May 20 + Saturday May 21 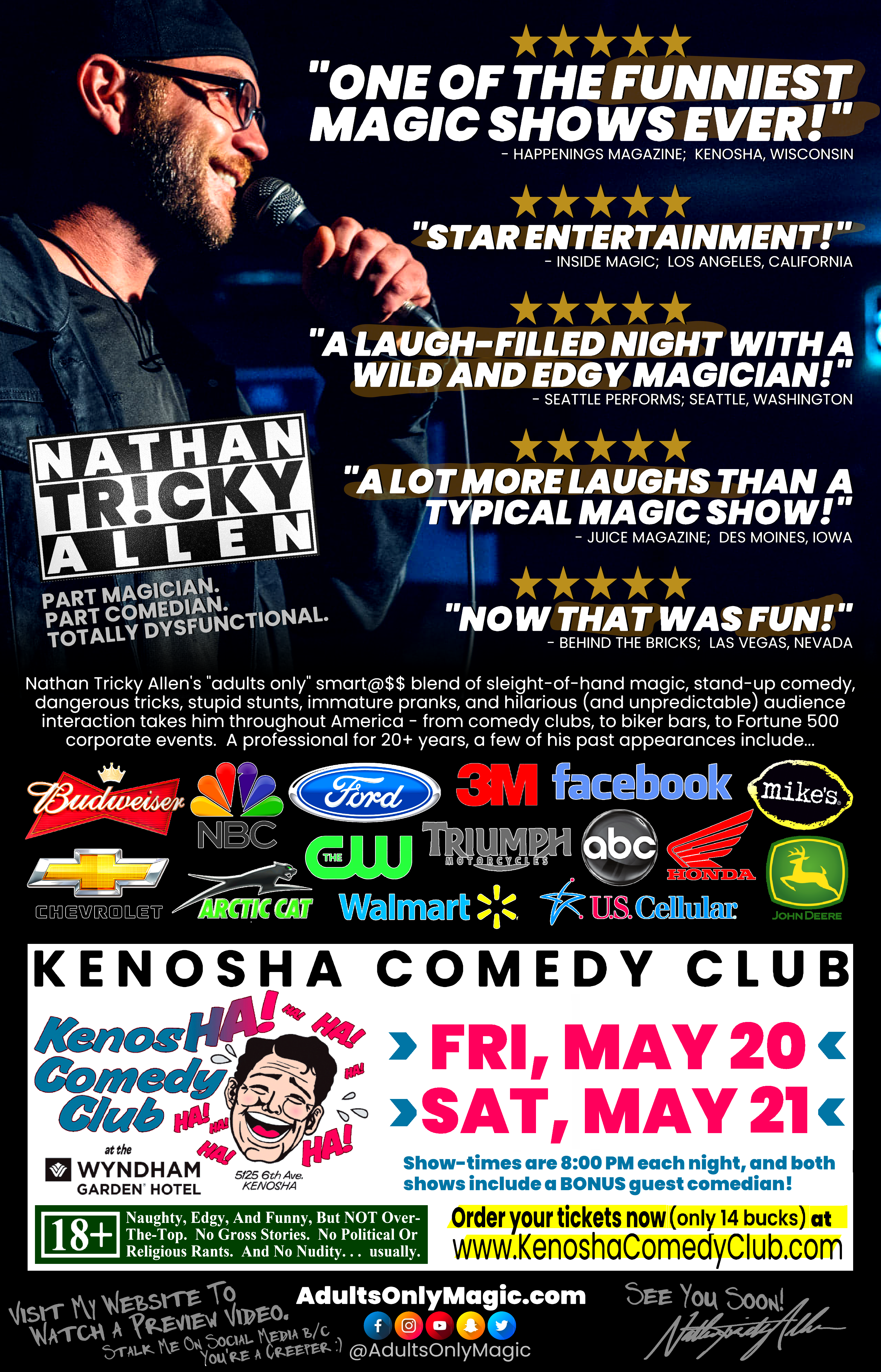 KENOSHA, WISCONSIN – Part magician, part comedian, and totally dysfunctional, Nathan Tricky Allen will be bringing his acclaimed “adults only” blend of magic and comedy to Kenosha. Nathan will be making a stop at the Kenosha Comedy Club (in the Wyndham Garden Hotel) on Friday, May 20th, and Saturday, May 21st.

Allen’s appearances on May 20th and 21st will also include a special guest comedian at each show. Showtimes are 8:00 PM each night.