If you had told me 15 years ago that one day I’d be not only performing – but headlining – legit comedy clubs (and invited back again and again) I would have dismissed you as a delusional crazy person.  I mean… magicians can’t headline COMEDY clubs, right?

BUT… here we are. This is my fifth time headlining a weekend at the Kenosha Comedy Club. Hope to see you there! 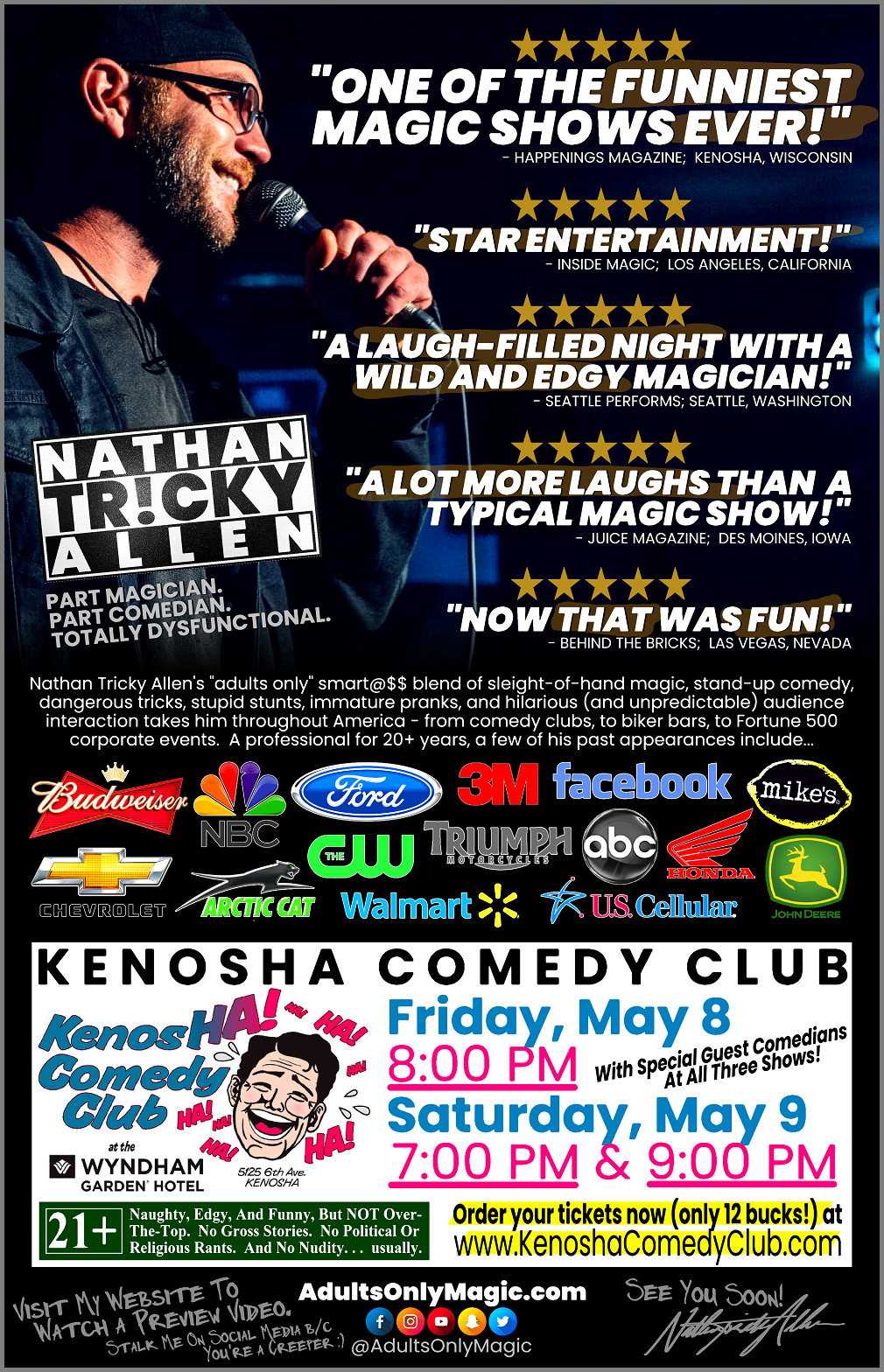