This is going to be BIG! We were originally going to hold the show in KirPatrick’s Pub & Grill, but they had to move from the bar to the community center next door to accommodate the turn-out.

Let’s end 2017 the right way with drinks, laughs, and hopefully an arrest or two. 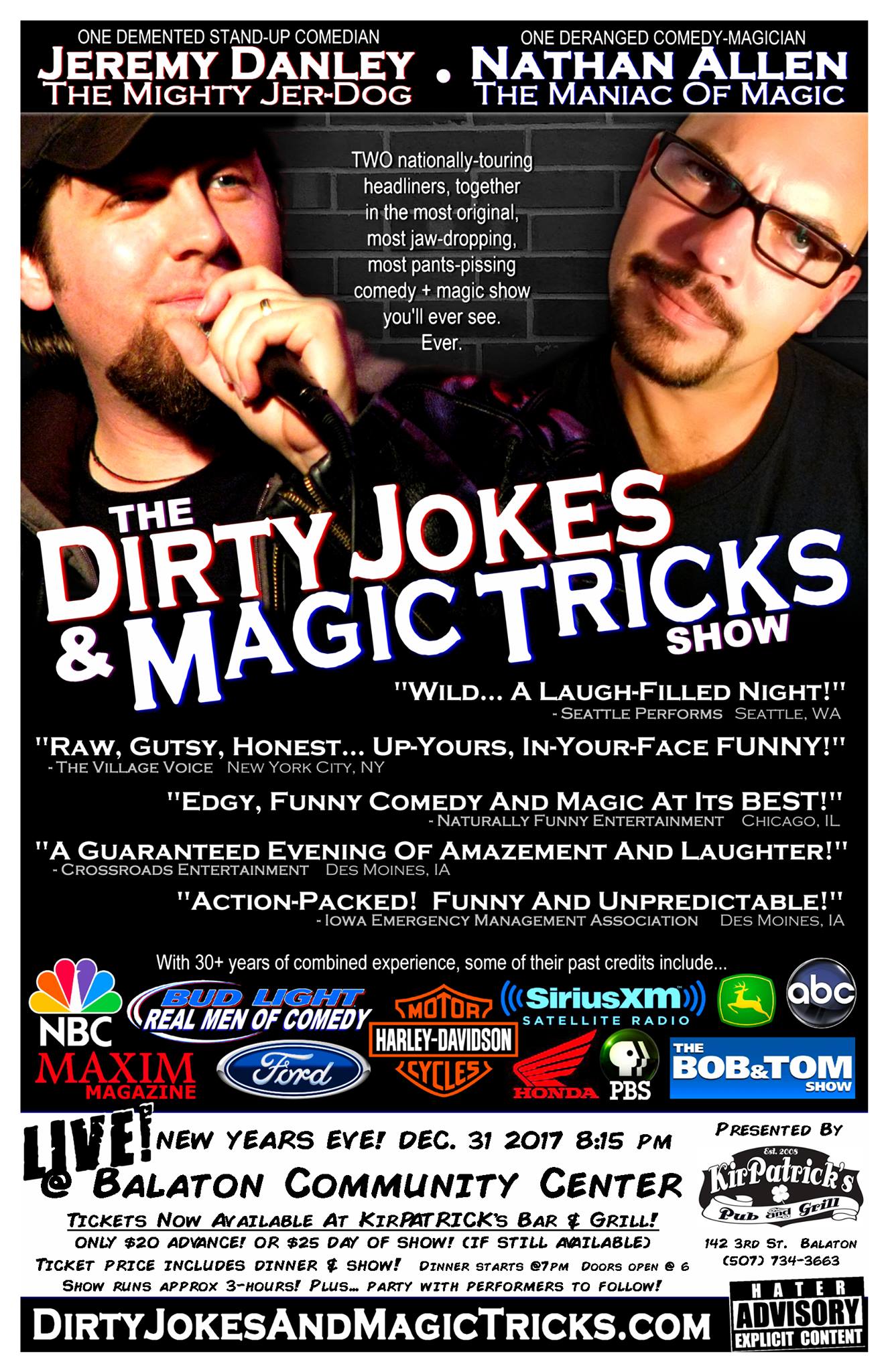 @ THE COMMUNITY CENTER OF BALATON
(134 3rd Street in Balaton, Minnesota)

Only $20 in advance, or $25 day of show (if still available).
Ticket price includes the show AND Dinner!

Tickets Now Available At The Bar
ONLY $15 IN ADVANCE, OR
$20 DAY OF SHOW 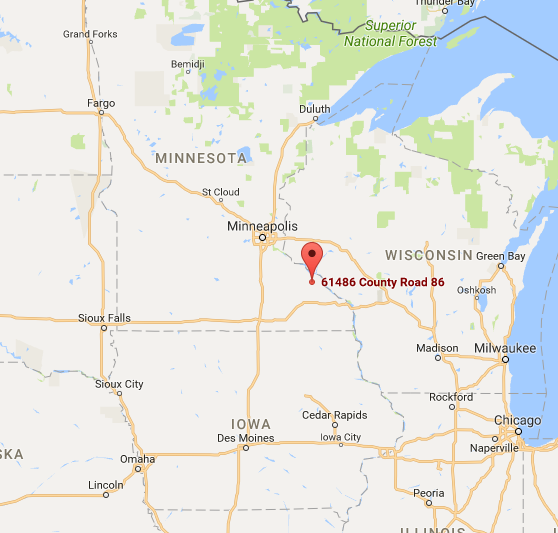 “The Dirty Jokes & Magic Tricks Show” live at Leisure Time Sports Bar & Bowl (1618 S Marquette Rd Prairie Du Chien WI 53821) on FRIDAY, JUNE 5th, 2015. Showtime is 9:07 PM, but arrive early for drinks and good seats. Tickets are only $10 in advance, or $15 on the day of the show. LIMITED SEATING – TICKETS ON SALE NOW. Visit Leisure Time, or call them at 608-326-2782 to see if any tickets are left. For more information about the show, visit http://DirtyJokesAndMagicTricks.com

The insanity starts at 9:00 PM Not everything in a magic show is fake… Tasting is believing.

Part magician, part comedian, and totally dysfunctional, Nathan Allen will be bringing his highly-caffeinated blend of magic and comedy to Dedham, Iowa!  Allen (dubbed “The Maniac of Magic” by his peers) will be making a stop at the Southside Lounge on Saturday, June 16th.  The adult-only show will start promptly at 9:00pm.