Due to public health concerns and government mandates regarding the COVID-19 virus, the following public engagements have been cancelled but WILL BE RESCHEDULED:

New dates will be announced soon.

Be safe, be well, be nice to everyone, and wash your fucking hands.

We’re all in this together. 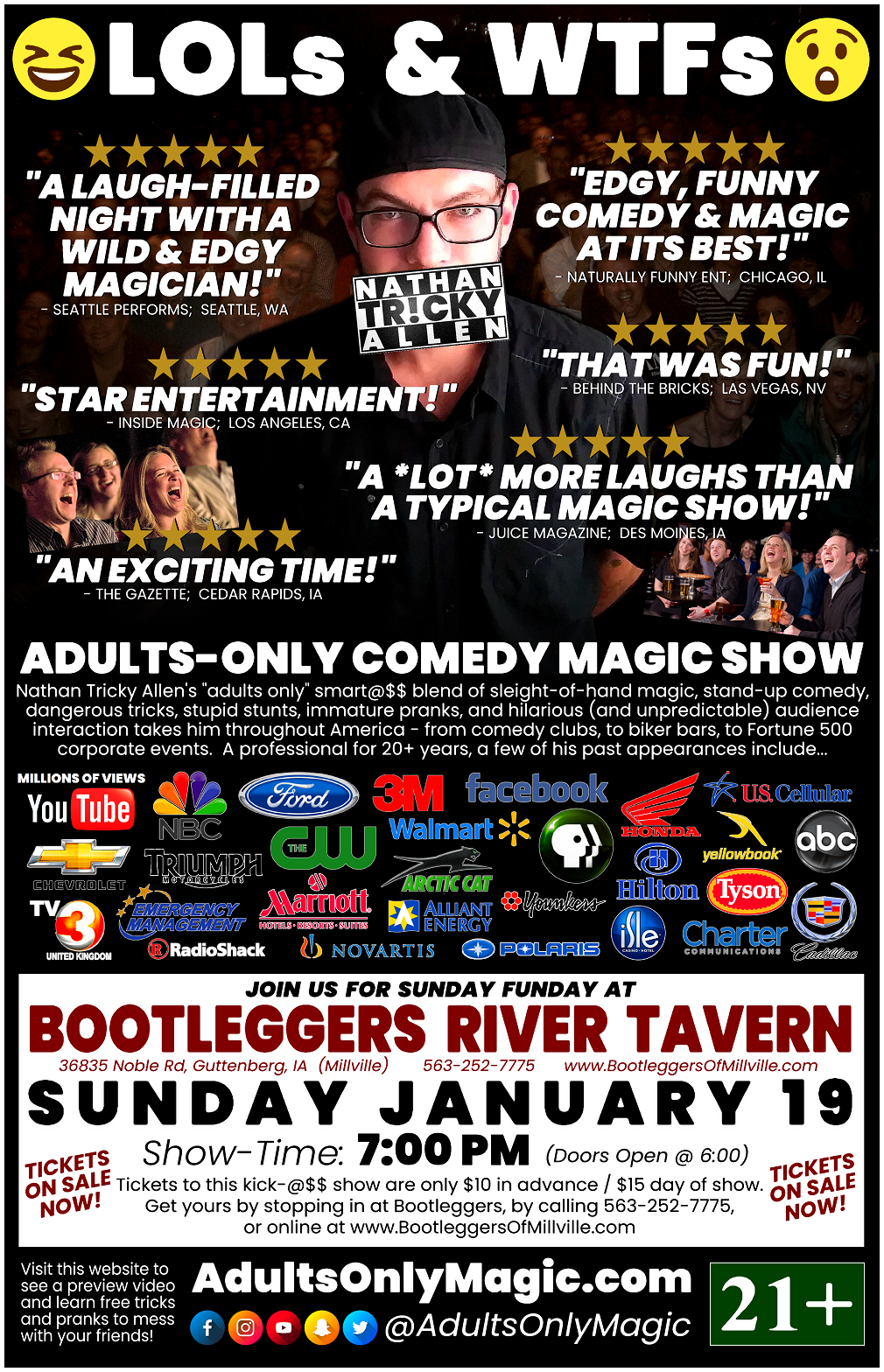 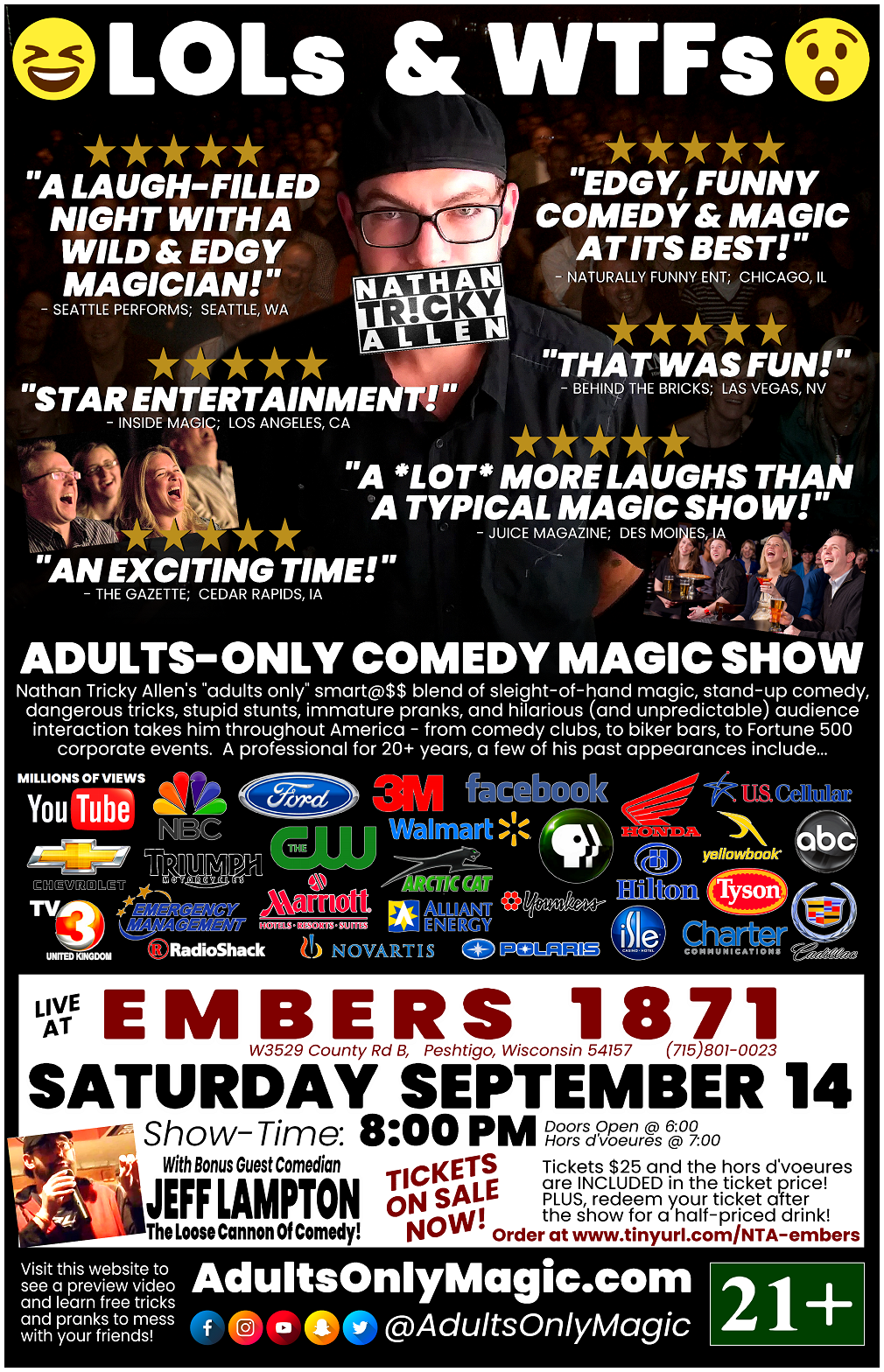 And
Jeff Lampton
“The Loose Cannon of Comedy”

Tickets to this insane show are $25, which includes the cost of admission AND the Hors d’oeuvres. PLUS, redeem your ticket after the show for a half-priced drink! 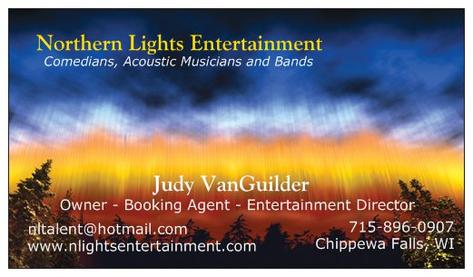 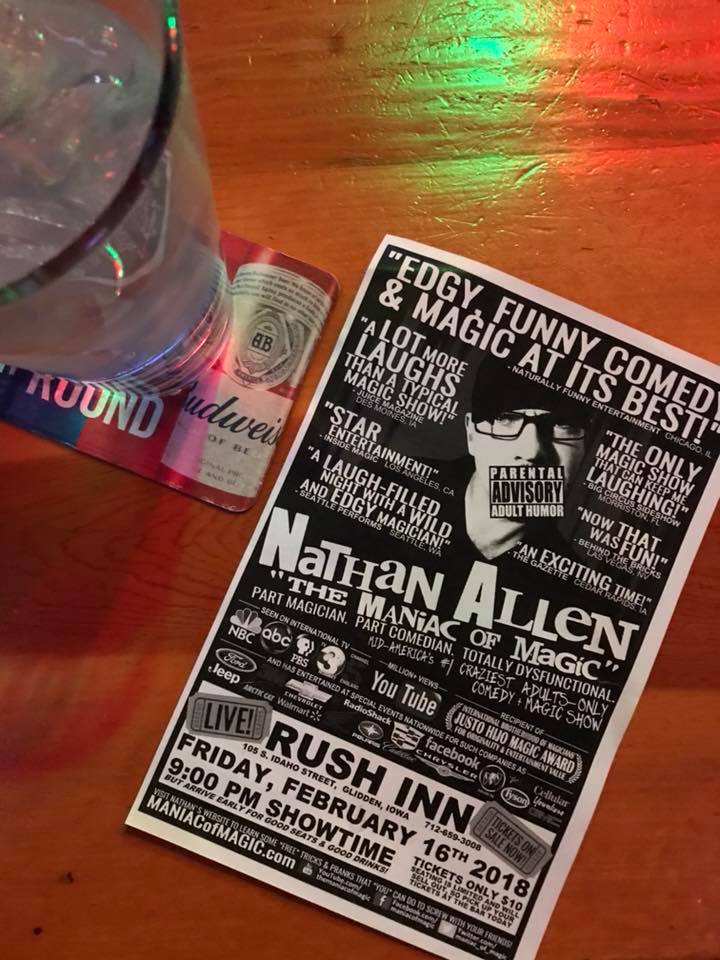 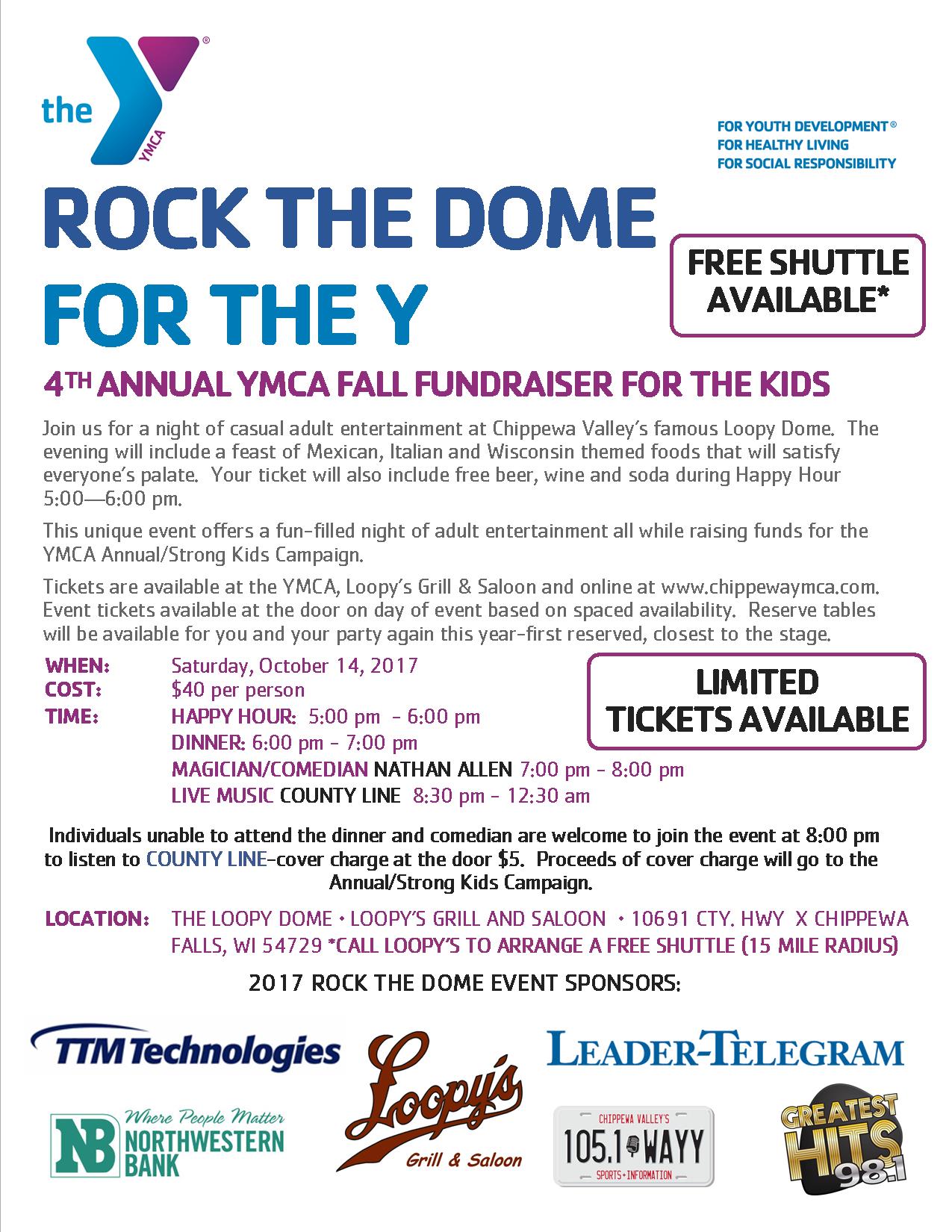 Join us for a night of casual adult entertainment at Chippewa Valley’s famous Loopy Dome. The evening will include a feast of Mexican, Italian and Wisconsin themed foods that will satisfy everyone’s palate. Your ticket will also include free beer, wine and soda during Happy Hour 5:00—6:00 pm.

This unique event offers a fun-filled night of adult entertainment all while raising funds for the YMCA Annual/Strong Kids Campaign.

Tickets are $40 per person, and are available at the YMCA, Loopy’s Grill & Saloon and online at http://www.chippewaymca.com. Event tickets available at the door on day of event based on spaced availability. Reserve tables will be available for you and your party again this year-first reserved, closest to the stage.

Individuals unable to attend the dinner and comedian are welcome to join the event at 8:00 pm to listen to COUNTY LINE-cover charge at the door $5. Proceeds of cover charge will go to the Annual/Strong Kids Campaign. 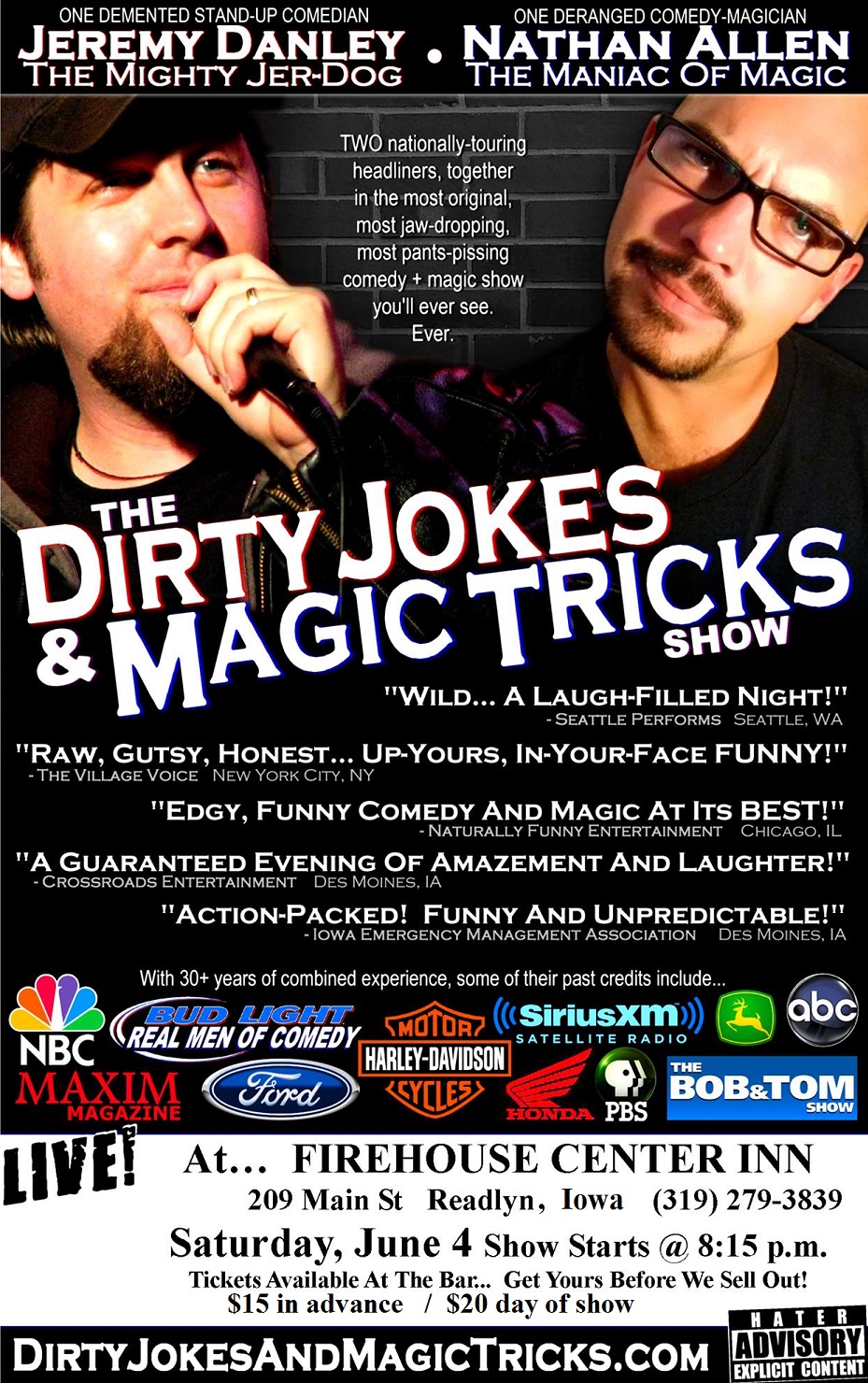 with
special guest
DEREK BENNETT!
(because we couldn’t
afford to bring along
Ron White) 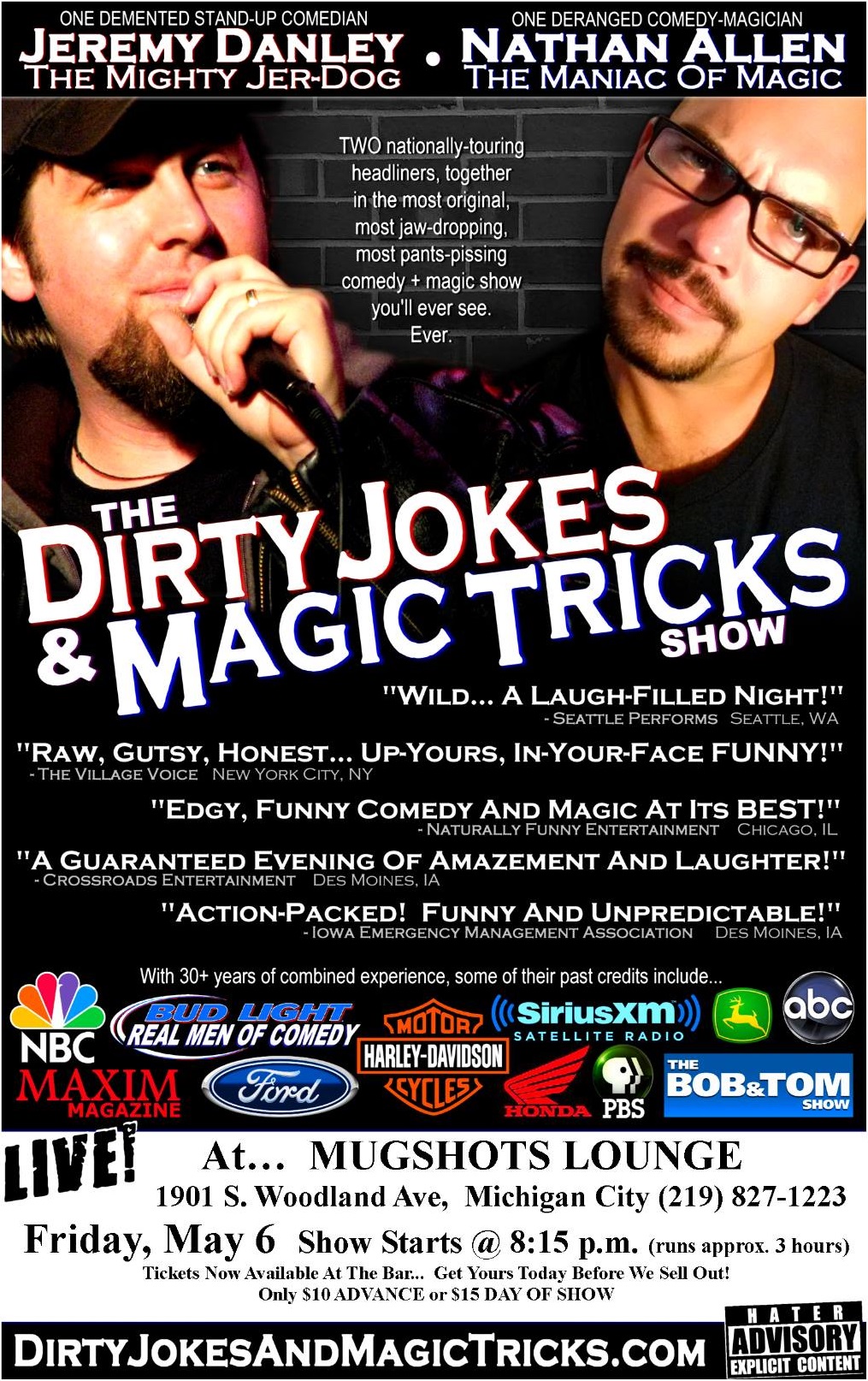 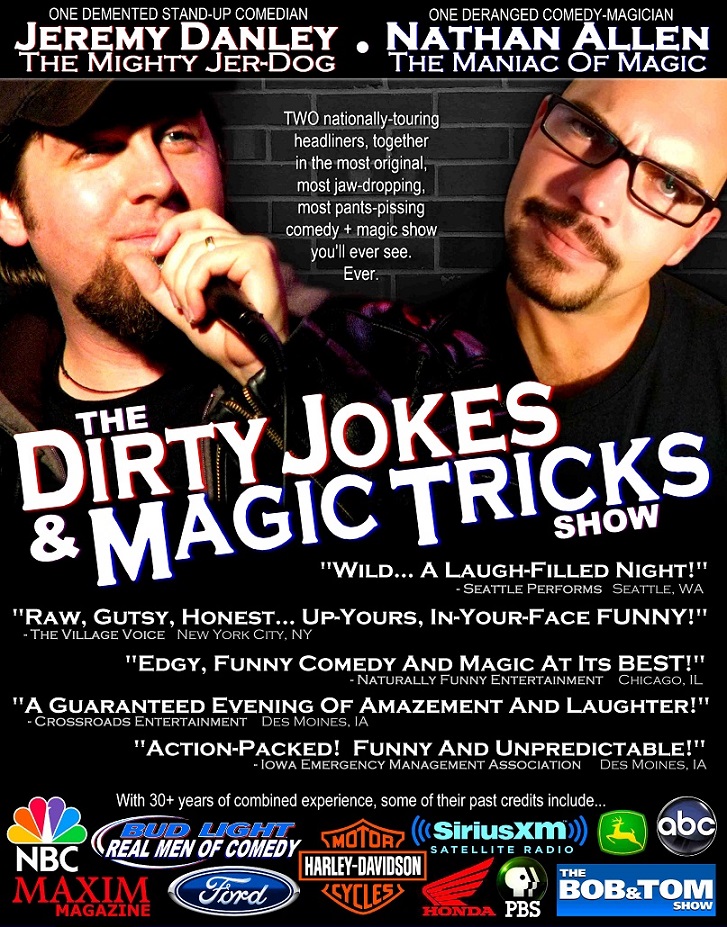 “The Dirty Jokes & Magic Tricks Show” live at Twin Strike Emporium (124 West Main Ave. – Rockford, IA 50468) on FRIDAY, JUNE 12th, 2015. Showtime is 9:07 PM, but arrive early for drinks and good seats. Tickets are only $10 in advance, or $15 on the day of the show. LIMITED SEATING – TICKETS ON SALE NOW. Visit Twin Strike Emporium, or call 641-756-3761 to see if any tickets are left. For more information about the show, visit http://DirtyJokesAndMagicTricks.com 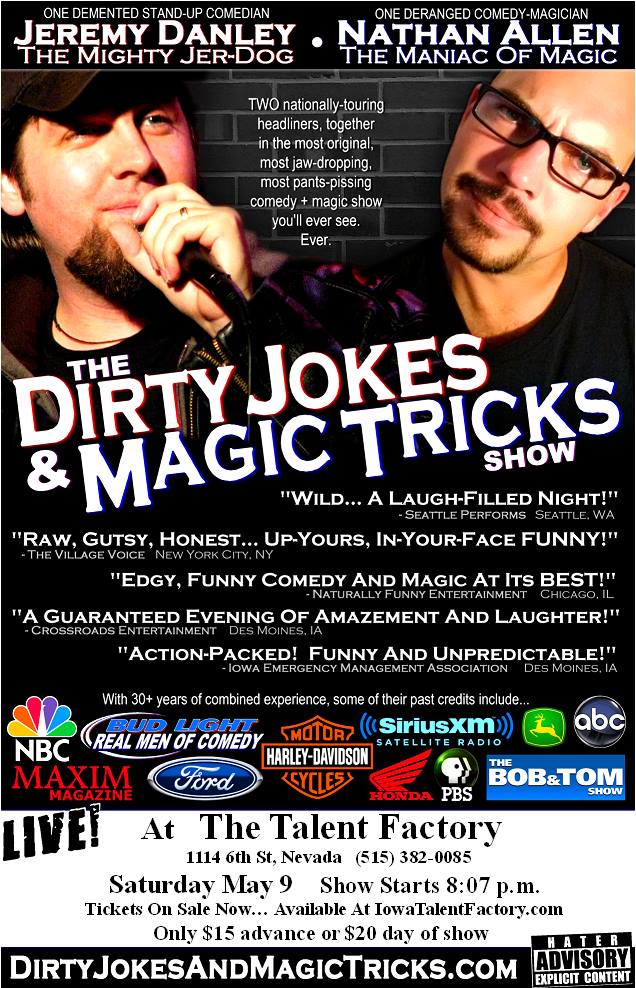 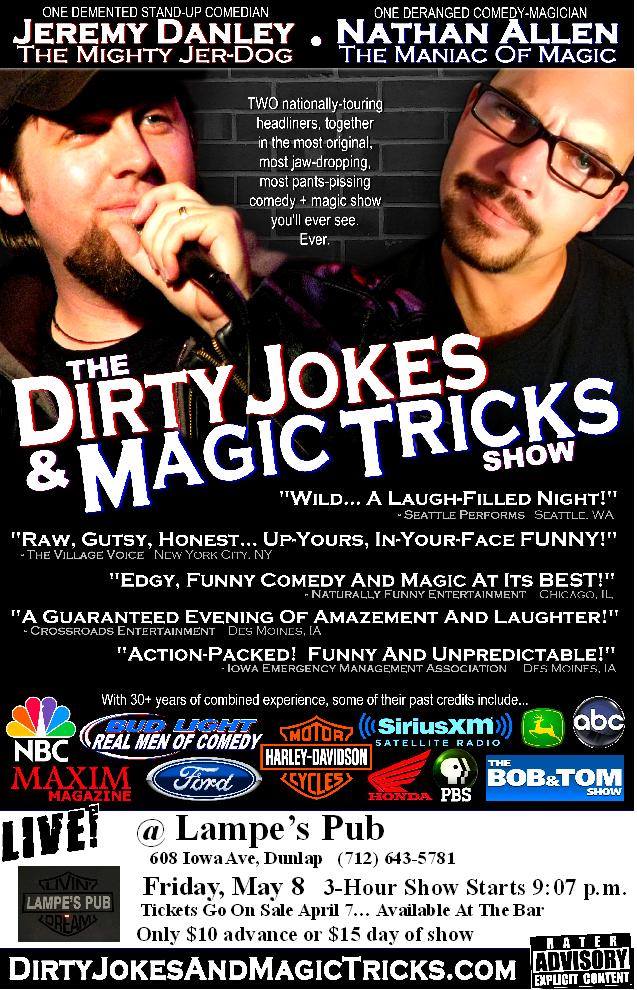