Psychics may seem harmless and fun on TV, but they’re scumbags who make a lot of money by exploiting vulnerable people during some of the most difficult times of their lives.

I bet they never saw this coming, lol

Make virtually *anything* appear to squeak, squawk, or squeal when you touch, poke, or squeeze it! Endless funny prank ideas.

As is shown in the video, you can probably assemble what you need for this in your own town, sort of a Do-It-Yourself project.

But, if you’d prefer to save the time, money, and energy, you can just order the things, ready to rock, right from me. 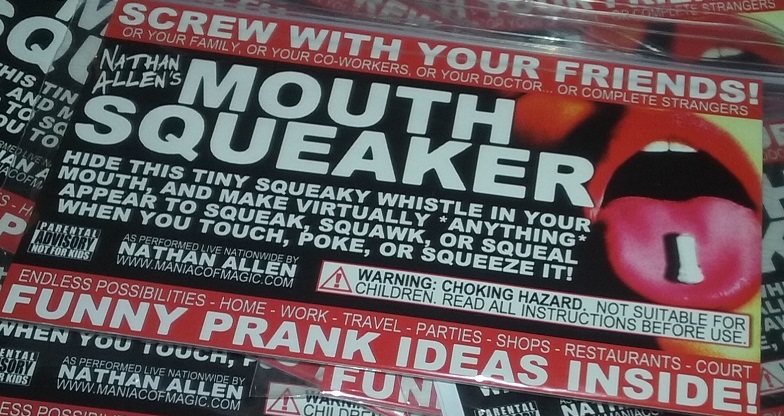 Get two (2) MOUTH SQUEAKERS (each packaged separately with full instructions), for just 5 bucks.  Free shipping. Just five dollars total for TWO of these evil MOUTH SQUEAKERS delivered to your door.

My hidden-camera prank on trick-or-treaters didn’t go exactly as planned. (hat and cape built out of beer six-pack plastic rings)