I did a show for a private party last weekend.  It was an adult-only gathering of friends, just for fun.

Earlier in the day, they had a “scavenger hunt” where people had to find random stuff to bring back to the party, and one of the treasures was a bowl of goldfish.

So, the goldfish bowl was sitting in the back of the room during the evening, and… one by one… they began to disappear.

And by disappear, I mean people were EATING them.

Saw a couple of the disappearances.

One dude – instead of simply swallowing the goldfish, in the normal fashion (is that normal??) – popped the damn fish in his mouth and chewed it up.

He was chewing with his mouth open (bad manners, right?!), and while he chomped, the head of said goldfish spat out of his mouth and onto the floor.

But do you think he picked it back up and finished his meal? Hell, no! That thing was on the floor, man! Gross!

But at least he picked it up and put it back in the bowl, so nobody would step on it.  That’s straight-up gentlemanly.

This was the bowl at the end of the night: 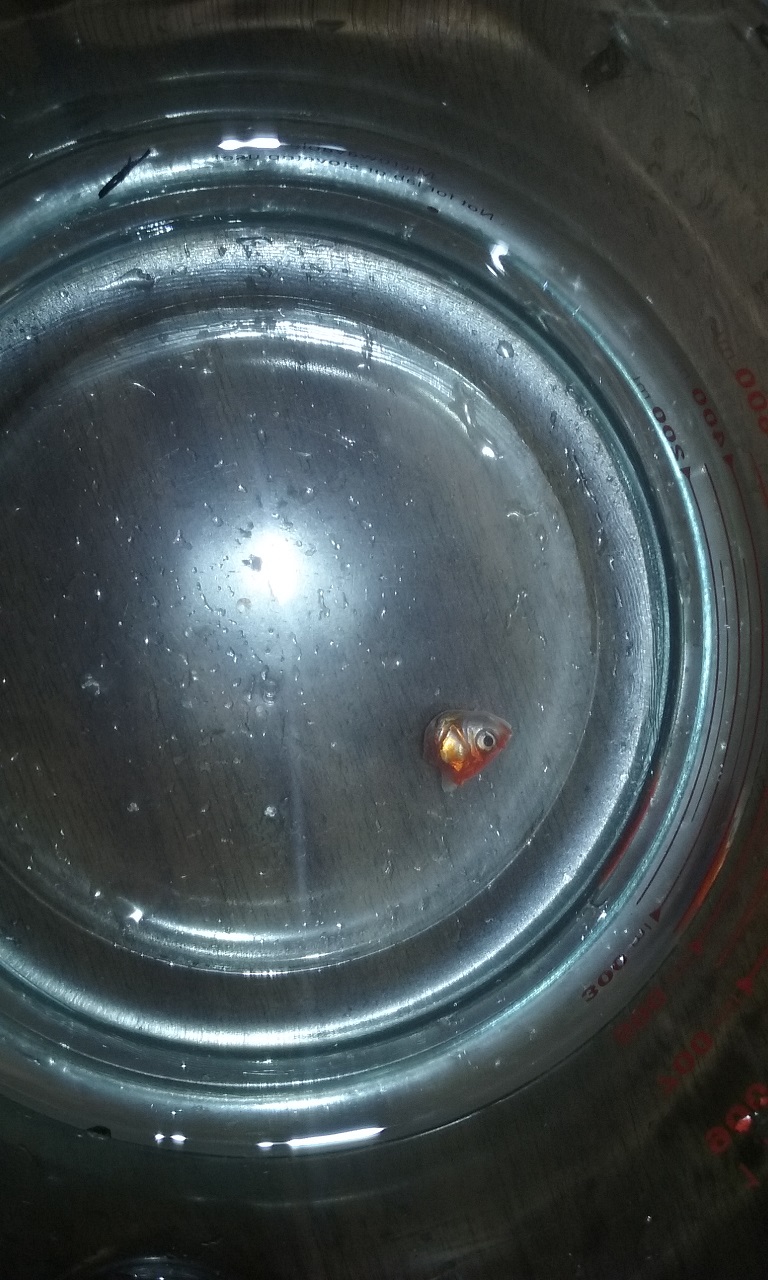 Sometimes my audiences scare me.

But, ya know what? Wouldn’t trade them for a “normal” magician’s audience. Not in a million years.

Give me goldfish-eating alcoholics ANY day of the week over a bunch of hyperactive kids and disinterested parents.

I love my job.