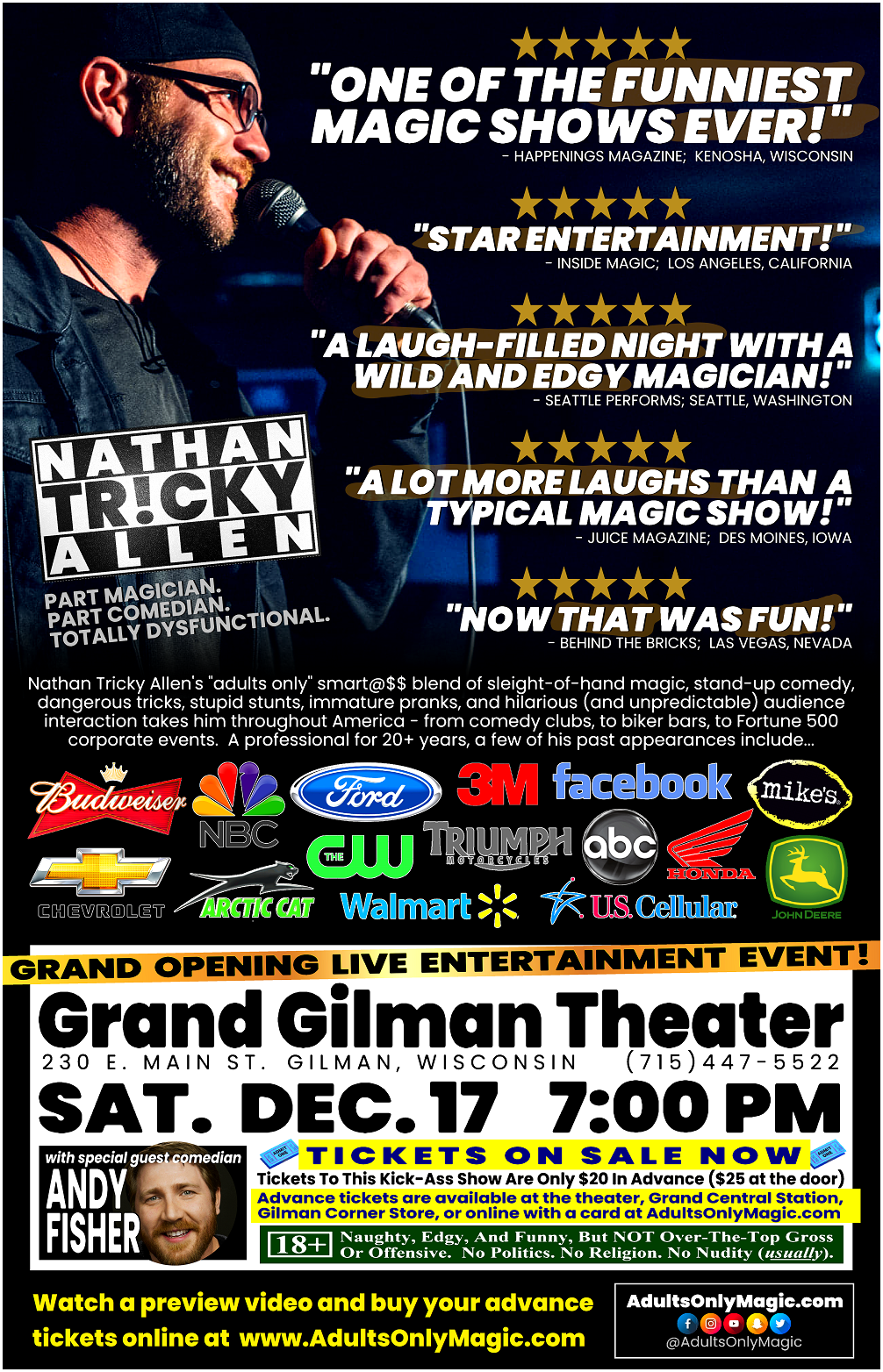 Allen’s appearance on Saturday, December 17th will also include a special bonus guest comedian, Andy Fisher!  Born and raised in a small town in the middle of nowhere in Minnesota, Andy is the kind of affable everyman that brings nonchalance to being on point. His act is a blend of stories, observations, and pontifications about marriage, parenthood, and modern life that playfully refuses to pull any punches. Andy is energetic and fun, and he leaves audiences feeling like they’ve known him for years. He has performed at venues all over the Midwest and beyond, including the World Series of Comedy’s Main Event in Las Vegas, and is the host of the comedy web series Road Lunch.

You’ll laugh your ass off.