Live at Gilligans in Chetek WI on Saturday, October 22nd!

Hilarious “Adults Only” Magic Show Coming To Gilligans in Chetek! 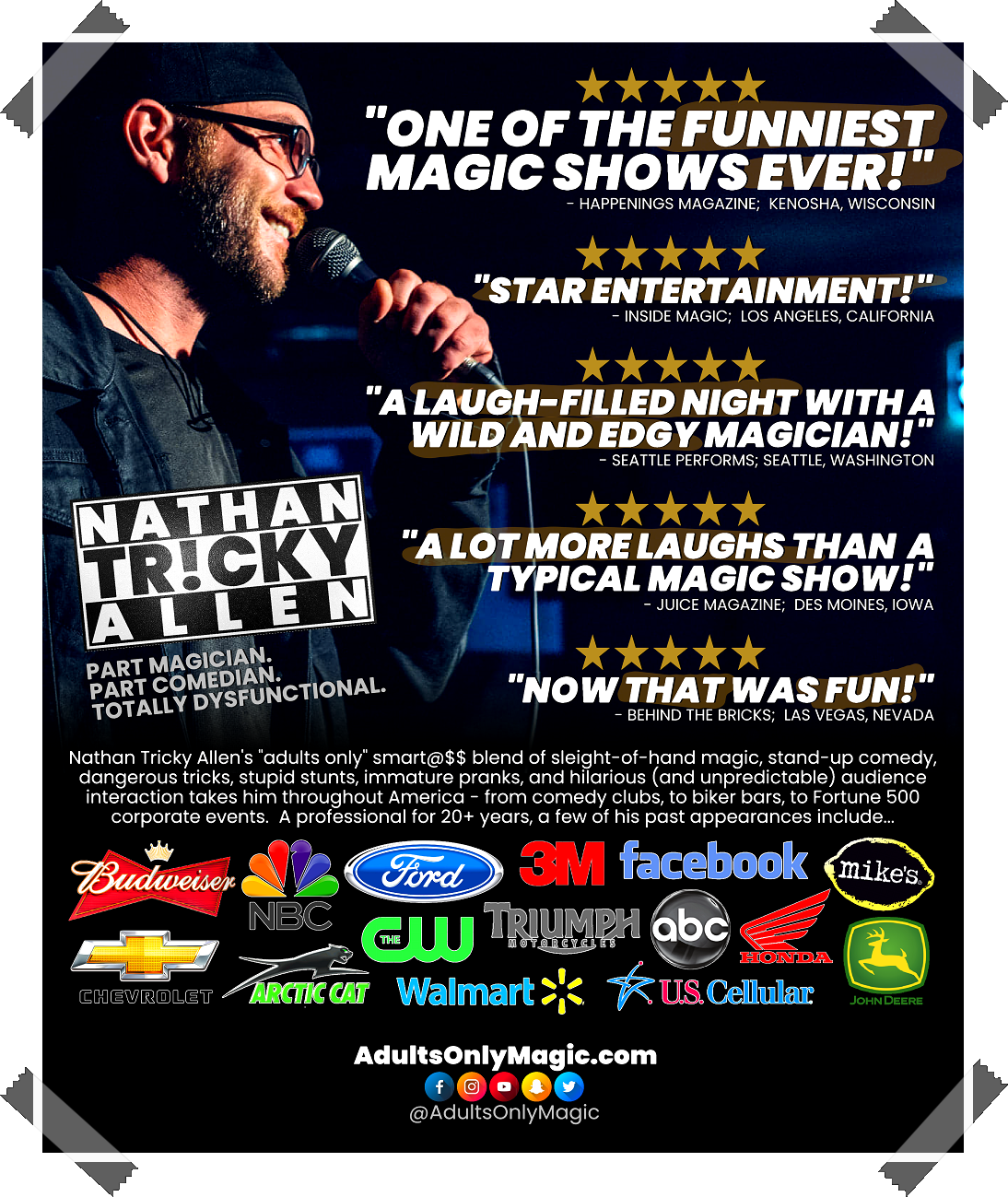 CHETEK, WISCONSIN – Part magician, part comedian, and totally dysfunctional, Nathan Tricky Allen will be bringing his acclaimed “adults only” blend of magic and comedy to Gilligans (2542 8 1/4 Ave Chetek, WI 54728) on Saturday, October 22nd.  The show will kick off at 7:30 pm, and will also feature comedian Tracy Schroeder! 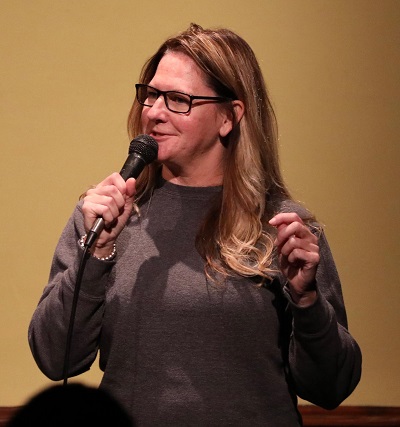 Allen’s appearance on October 20th will also include a special guest comedian, Tracy Schroeder, who has been making audiences laugh since 2003.

This sardonic jokester sizzles on stage. She grasps the microphone with deliberate ease and a confident smile. She has skills: her act is polished without being stale and she seamlessly transitions crowd work into her material like the seasoned pro that she is. She has a conversational style that is wildly compelling. The crowd hangs on every word, waiting anxiously for what she might say next. Tracy endears herself to the audience with her subtle yet adorable Wisconsin accent, giving the illusion of a safe, middle of the road, ho hum comic. But don’t be fooled by her innocent look and casual demeanor… this lady is a shark attack of sarcasm. Before you know it she has grabbed hold of you with her sharp wit and drowned you in laughter.

Tracy has a unique ability to find new angles to jest about no matter the topic at hand. She has a classic joke telling style that never fails, with misdirection, one liners and set up punch combinations flowing in rapid succession. Unlike many of her comedy peers, she doesn’t waste time with filler, she has too much to talk about. Whether she is discussing her beloved (and sometimes not so beloved) state, aging, dieting, staying in shape, getting a new puppy or a wide variety of other subjects, she does so with the finesse of a comedy assassin. She sees the world through a pair of hilariously jaded eyes. She pulls no punches when she performs. No one would categorize her as a dirty comic but she isn’t afraid to discuss adult topics in adult ways. She is not your typical female and certainly not your typical comedian.

In her 17 years as a comedian, she has worked with some of the best. She has opened for Charlie Berens of the Manitowoc Minute, Mark Curry from “Hanging with Mr. Cooper” and Kevin Bozeman from “Last Comic Standing”. She has been featured on the Nickelodeon website, “NickMoms” where several of her bits were in frequent rotation. She has also been featured at the Cincinnati Brew HaHa and in clubs, theaters and casinos throughout the Midwest. The comedic talents of this saucy spitfire are in high demand.

Tracy couldn’t imagine doing anything else for a living and it’s not just because she is too lazy to get a “normal” job. She has a gift for seeing the hypocrisies in life and a need to share it with an audience. She didn’t choose comedy, comedy chose her. And for that, we are all lucky. Tracy Schroeder is a comedian worth looking out for.