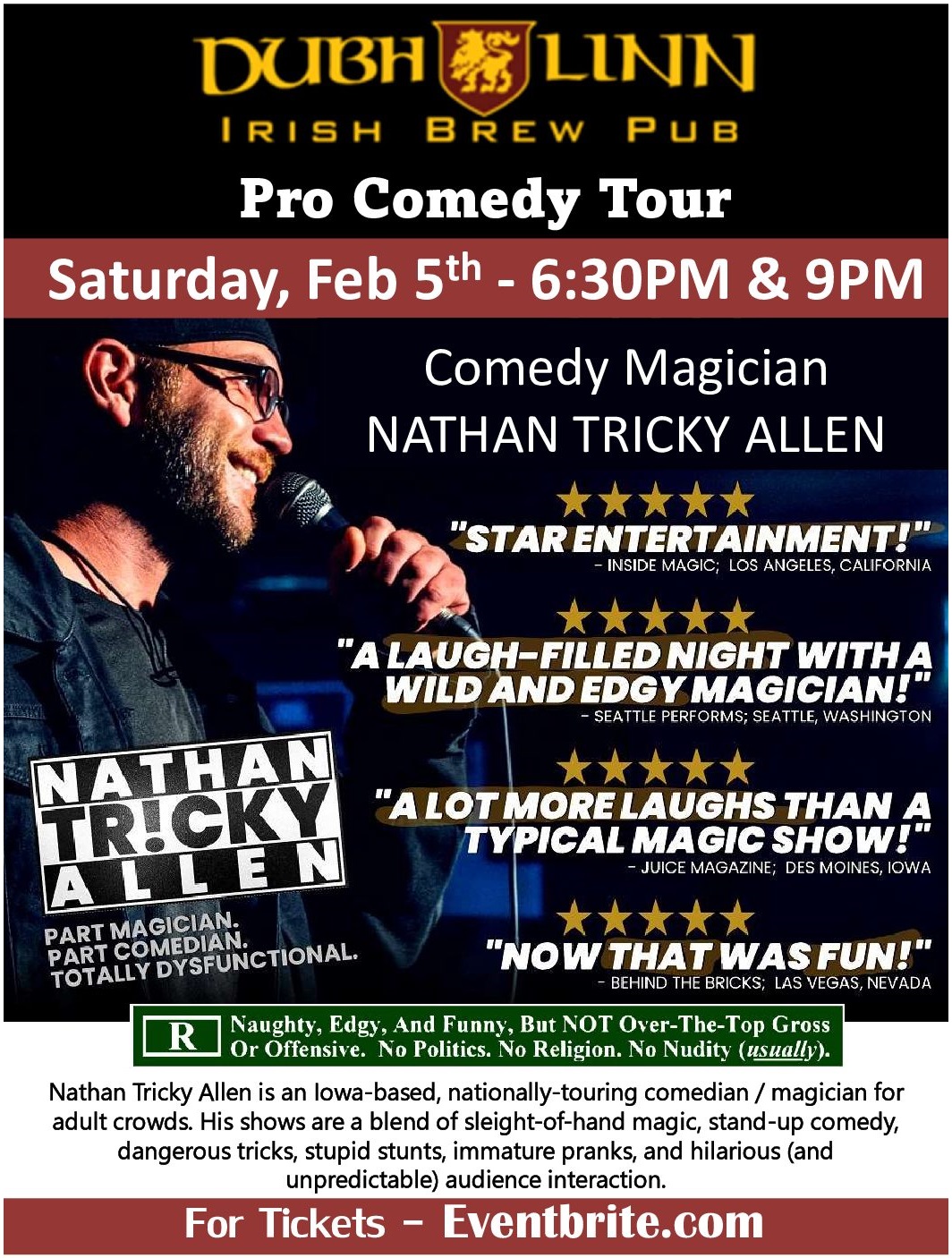 Allen’s appearances on February 5th will also include a special guest comedian, Dan Hinnenkamp. Showtimes are 6:30pm and 9:00pm.