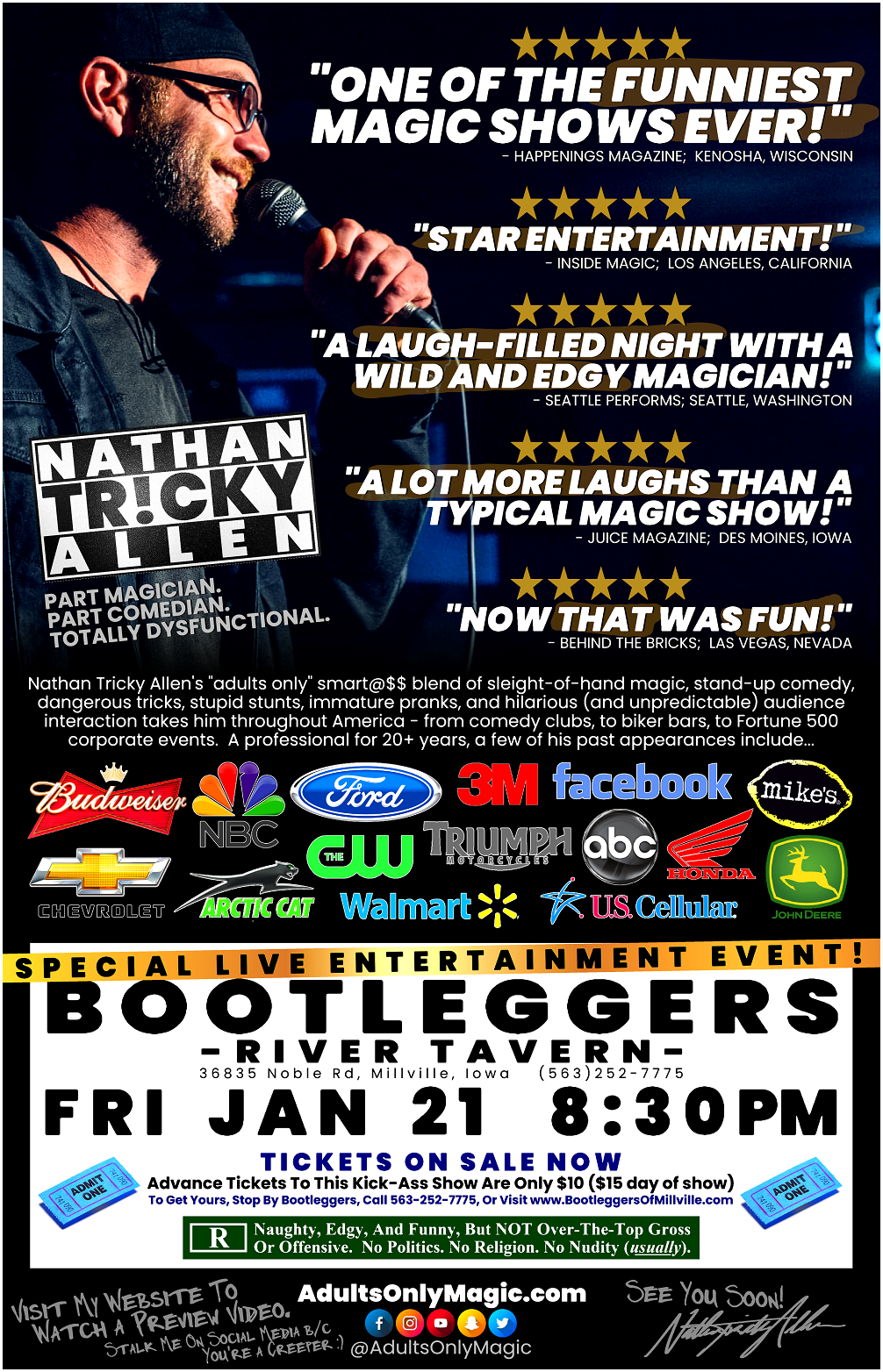 The January 21st performance will begin at 8:30 PM, and will be Nathan’s full hour-long headlining show – the same performance that has been seen at comedy clubs and corporate events nationwide. Advance tickets to the show are only $10, and they can be obtained from Bootleggers in person, by phone at (563)252-7775, or online at BootleggersOfMillville.com. 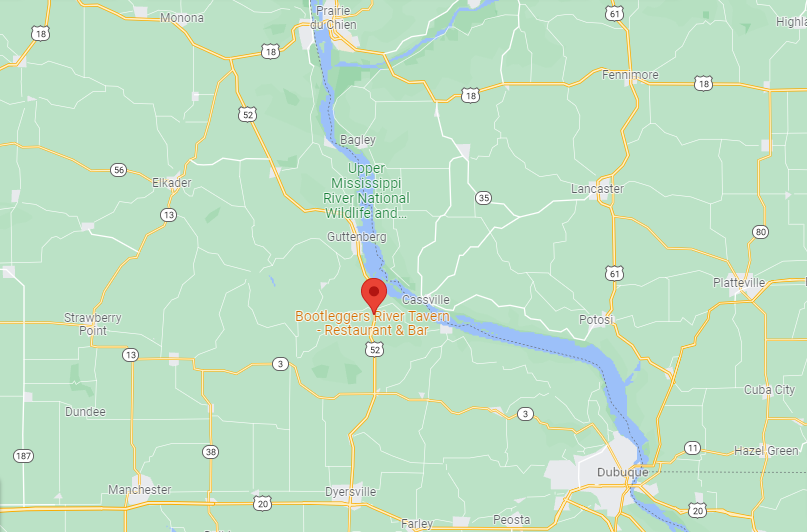