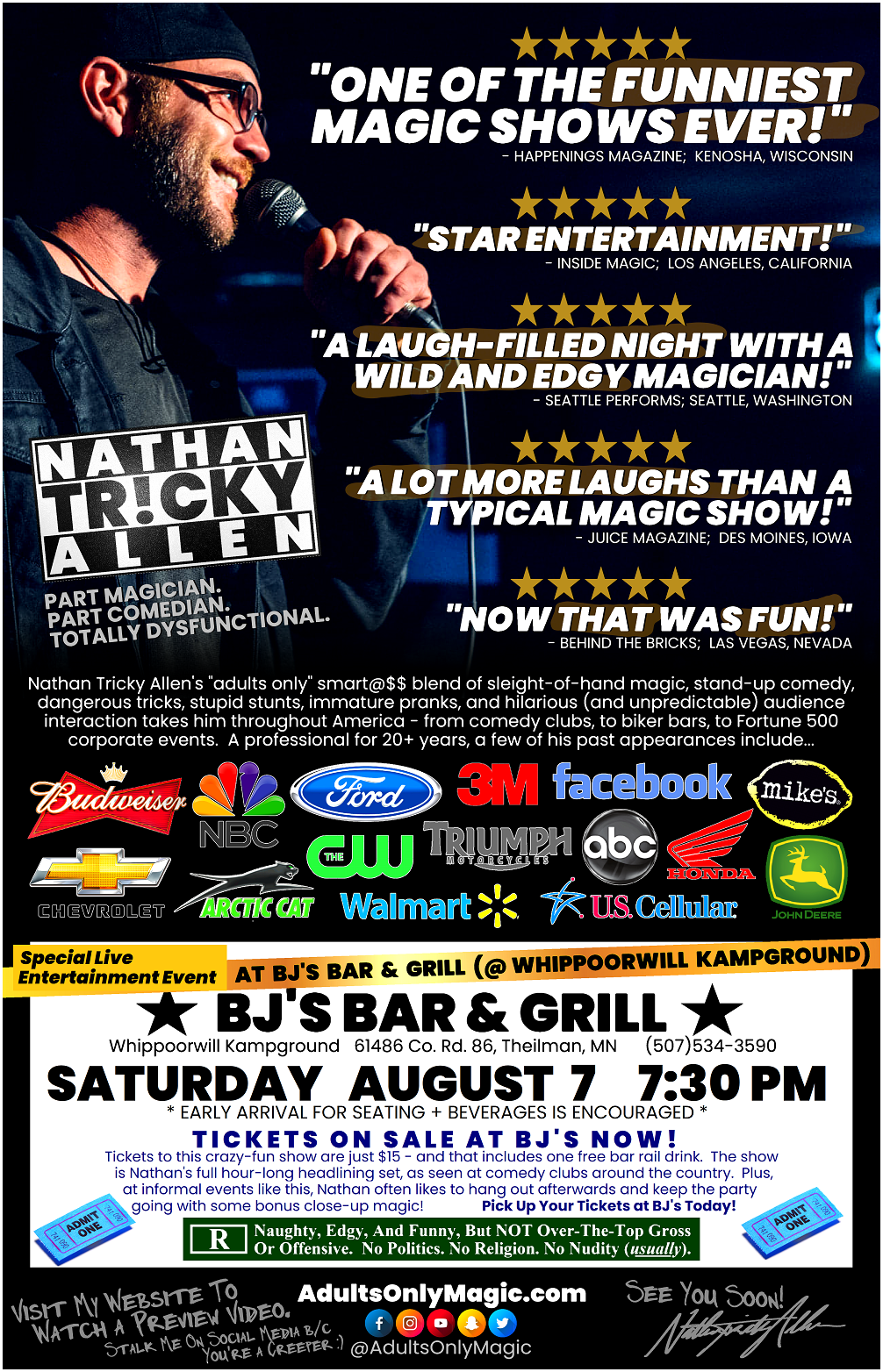 THEILMAN, MN – Part magician, part comedian, and totally dysfunctional, Nathan Tricky Allen will be bringing his acclaimed “adults only” blend of magic and comedy to BJ’s Bar & Grill at the Whippoorwill Kampground on Saturday, August 7th.

The show’s duration is Allen’s full hour-long headlining set, as seen at comedy clubs and corporate events nationwide, and oftentimes at informal events such as this, Allen likes to hang out with the attendees afterwards and keep the party going with a bit of bonus close-up magic. Tickets to the August 7th show are $15 and include one bar rail drink per ticket. To get your tickets, stop by BJ’s or call them at 507-534-3590.