Live in Columbus Nebraska, March 25th + 26th… Fundraiser for Guardians Of The Children 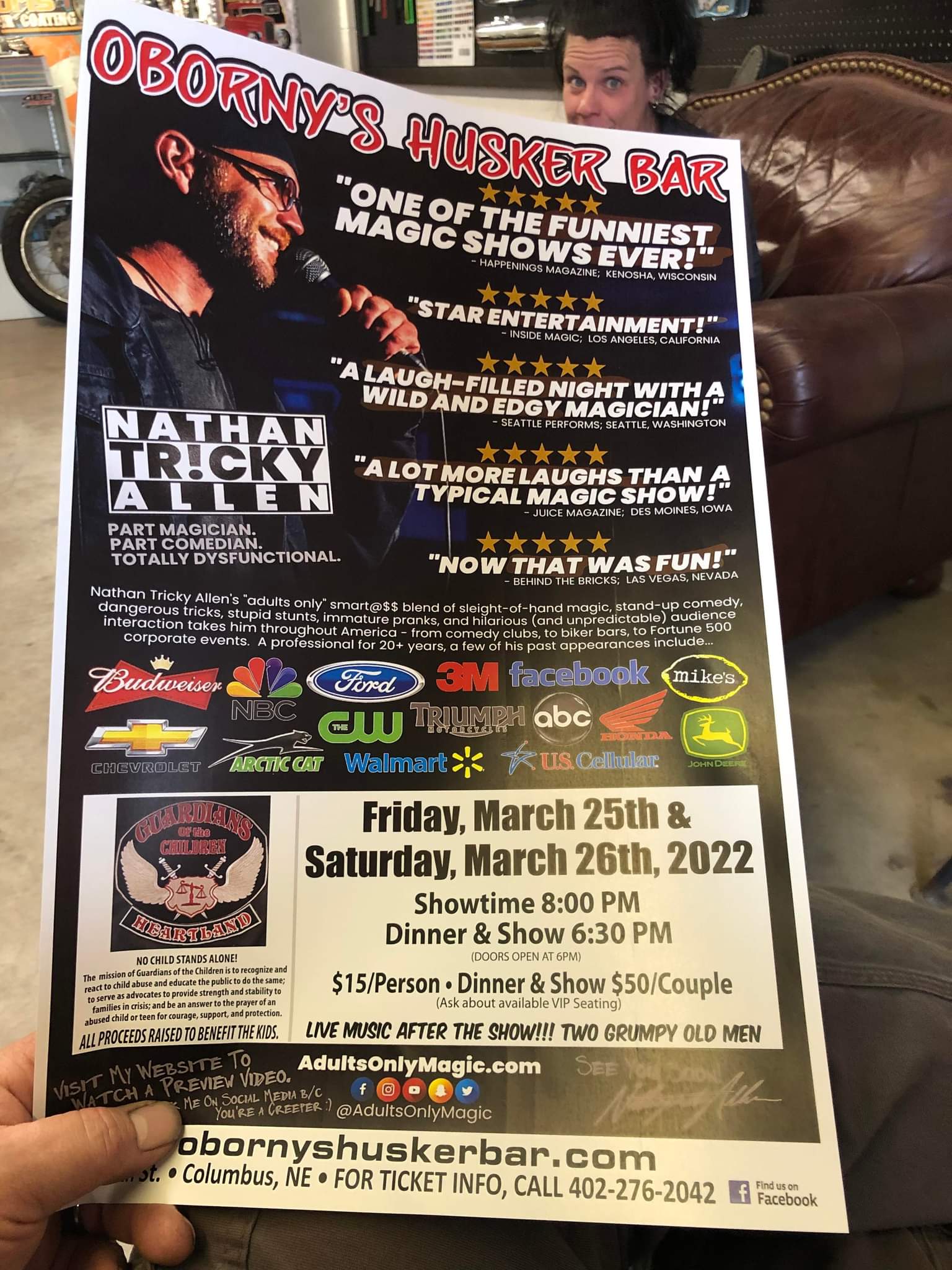 The performances will be held to raise funds for the Heartland chapter of Guardians of the Children, whose mission is to recognize and react to child abuse and educate the public to do the same; to serve as advocates to provide strength and stability to families in crisis; and be an answer to the prayer of an abused child or teen for courage, support, and protection.

More information about Guardians of the Children can be found at https://GuardiansOfTheChildren.com/.

Even though the purpose of this event is a very noble cause to help very serious situations, the entertainment promises to be a blast, filled with laughs.

You see, although Nathan Tricky Allen is a magician… don’t be fooled – you will see NO tuxedo and NO sparkly boxes in this show. Instead, Nathan combines sleight-of-hand magic, stand-up comedy, dangerous tricks, stupid stunts, immature pranks, and hilarious (and unpredictable) audience interaction into one of the very few magic shows in the entire country that is both geared for adults AND funny.

The March 25 + 26 performances will be Nathan’s full hour-long headlining show – the same performance that has been seen at comedy clubs and corporate events nationwide. Show-time is 8:00 PM each night. Tickets are $15/person. There is a “Dinner + Show” option also available, for $50 total per couple (doors open at 6:00PM each night, with dinner being served at 6:30 if you choose that option). For ticket info, call 402-276-2042.

In addition to dinner and the comedy/magic show, there will also be LIVE MUSIC following Nathan’s performance, “Two Grumpy Old Men.” 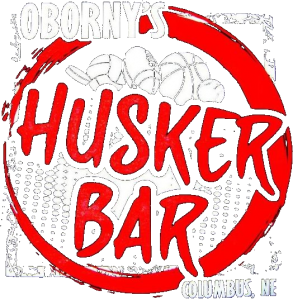